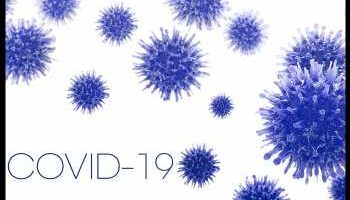 New coronavirus infections in the United States returned to the 100,000-plus mark after a gap of one day.

With 109824 additional cases reporting on Thursday, the national total has increased to 35,440,509, as per the latest data from Johns Hopkins University.

From an average of around 18000-plus cases reported on July 5, the seven-day average has multiplied by more than five times to 10199 within a month, according to data analyzed by the New York Times. This is the highest weekly average recorded since February 12, and marks a 119 percent increase in two weeks.

Over the past seven days, Florida and Texas have accounted for about one third of new cases and more than one third of new hospitalizations nationwide, COVID-19 Response Coordinator Jeff Zients said at a routine press briefing by White House COVID-?19 Response Team.

Seven states alone — Florida, Texas, Missouri, Arkansas, Louisiana, Alabama, Mississippi — account for about half of new cases and hospitalizations in the past week, he told reporters. These states have some of the lowest vaccination rates in the country.

The seven-day average of hospital admissions is about 7,348 per day, an increase of about 41 percent from the prior seven-day period. “Across the board, we are seeing increases in cases and hospitalizations in all age groups,” CDC director Dr. Rochelle Walensky said at the same news conference.

The number of people hospitalized due to coronavirus infection in the country has risen to 52,636.

Florida accounted for the most number of cases reported nationally – 20,133. The state also led in most COVID-related deaths – 84.

As of August 5, 193.19 million people have received at least one dose of a COVID-19 vaccine in the U.S., according to the Centers for Disease Control and Prevention.

80.3 percent of people above 65 have received both vaccine doses.