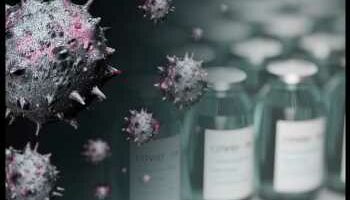 US COVID Daily Cases Surge To 62K, Highest Since April 23

As new coronavirus infections continue to surge in the United States, indicating a third wave, a recently unprecedented 61965 new cases were reported by New York Times on Tuesday.

It is the highest daily infection rate recorded in the country since April 23.

The seven-day average of daily infections in the United States is the highest – 37968 – since the levels recorded on May 12.

However, the New York Times data varies significantly from that of Johns Hopkins University. According to JHU, 42703 new cases were reported on Tuesday, taking the national total to 34,174,774.

Florida reported a whopping 24017 cases on Tuesday, while most COVID-related deaths – 37 – were reported in Missouri.

California is the worst affected state in terms of both the COVID metrics. A total of 3,874,959 cases have been reported in the state, while 64,141 people have died due to the disease there.

161.6 million people, or 48.7 percent of the U.S. population, are fully vaccinated, according to the Centers for Disease Control and Prevention.

79.5 percent of people above 65 have received both vaccine doses.

The alarming report on rising cases comes a day after President Joe Biden warned against complacency because of the threat posed by the more transmissible and more dangerous Delta variant.

Delivering remarks on the U.S. economy on the eve of six months since he came to power, Biden said, “Unfortunately, cases are now rising, particularly in communities with very low vaccination rates”. Just four states accounted for nearly 40 percent of all cases last week, according to the President. “Virtually all hospitalizations and deaths are occurring among unvaccinated Americans,” he added.