London (CNN Business)Global airlines are canceling flights to Israel as clashes between the country’s military and Palestinian militants in Gaza intensify.

British Airways said it had canceled its flight between London and Tel Aviv scheduled for Thursday.

“Like other airlines, we have canceled our flight to and from Tel Aviv today. The safety and security of our colleagues and customers is always our top priority, and we continue to monitor the situation closely,” the airline, which is owned by IAG (ICAGY), said in a statement. 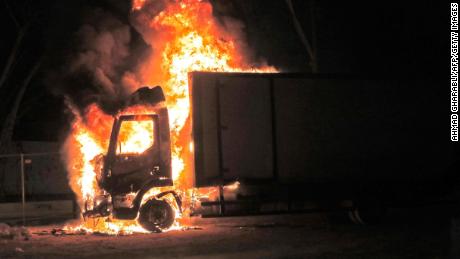 German airline Lufthansa is canceling flights to Israel through Friday. But it expects to resume flight operations beginning Saturday.
“Lufthansa is closely monitoring the current situation in Israel and continues to maintain a close exchange with the authorities, security service providers and our own staff on the ground,” the airline said in a statement.
United, Delta and American Airlines have issued travel waivers for passengers traveling to and from Tel Aviv, allowing them to rebook onto other flights.
Fueled by controversy over planned evictions of Palestinian families in Jerusalem, and restrictions at a popular East Jerusalem meeting point as Ramadan began, conflict between Israelis and Palestinians boiled over this week, escalating rapidly into one of the worst rounds of violence between the two sides in the last several years.
Militants in Gaza have fired more than 1,500 rockets into Israel since the latest flareup began Monday afternoon, and Israel has responded with devastating airstrikes in Gaza.