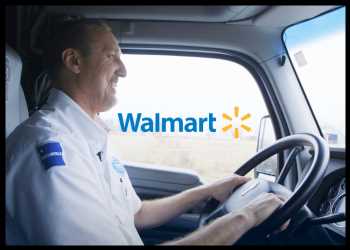 Walmart said it plans to expand its trucking fleet, and will hire more than 500 truck drivers this year, mainly across the West and East Coast regions. The retail giant already employs more than 9,000 drivers.

The plan comes amid a nationwide truck driver shortage. However, the company needs drivers to support its growing e-commerce business.

In a blog post, Walmart noted that its drivers earn an average wage of $87,500 per year. This year, the company will offer increases in per-mile rate, activity pay and training pay.

Walmart, in its blog post, cited the example of driver Robert Sullivan, who joined the company two years ago and has eighteen years of experience at other driving companies. In addition to good pay, Walmart offers benefits like predictable home time and no-touch freight.

Walmart said that compared to other driving companies, its drivers get paid in more ways than mileage pay. They receive training pay and activity pay for times when they are not logging miles, such as rest breaks.

Walmart noted that drivers are also rewarded with safety bonuses.

The company’s drivers are provided with weekly schedules, enabling them to know when they will be home and on the road. Walmart also offers drivers three weeks’ paid vacation.

Benefits for Walmart drivers from day one include up to 21 days of paid time off in the first year, 401K, medical and dental insurance, company-paid life insurance as well as short-term disability, and up to four paid safety days a year.

To apply for the job, Walmart requires drivers to have 30 months of experience in the past three years and a clean safety record.