What are stablecoins? US Government calls for greater regulation into cryptocurrency 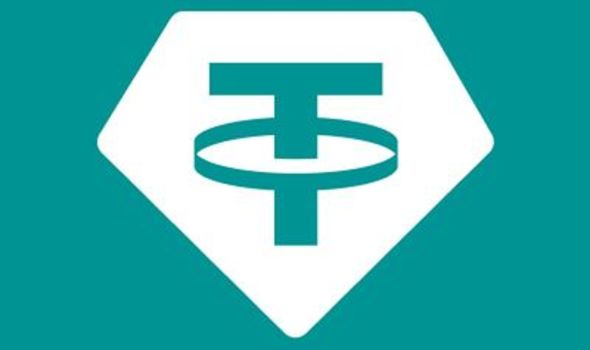 The President’s Working Group on Financial Markets released a report this week warning “failure to act risks growth of payment stablecoins without adequate protection for users, the financial system, and the broader economy.” According to the report use of stablecoins has soared nearly 500 percent – with a market capitalisation now exceeding $127bn (£93.20bn) Stablecoins differ from cryptocurrencies such as Bitcoin in that they link their value to another asset such as a real life currency or a commodity. For example, Tether and USD Coin peg their value to the dollar while Digix Gold Token is tied to the price of gold.

In most cases, the issuer sets up a reserve to securely store the asset the token is linked to.

Tether, for example, claims that, whenever it issues a new token, it allocates the same amount into its reserve in dollars – ensuring Tether is backed by cash or cash equivalents.

As a result they are considered more stable in price than other cryptocurrencies, hence the name.

Jonas Luethy, sales trader at digital asset broker GlobalBlock, explains: “They provide the benefits of cryptocurrency such as security and privacy, but reduce the volatility usually associated with cryptos such as bitcoin.

“This allows people to keep their money in crypto without having to worry about price fluctuation or dealing with the fee attached to withdrawing fiat currency.”

So far, their main use has been to facilitate the purchase of other cryptocurrencies and serve as a safe haven for crypto investors to move their money to during periods of volatility without having to completely cash out.

They can also be used to move money around the world without having to rely on an intermediary such as a bank.

As a result, they are more useful as a method of transferring and storing value compared to looking for gains from rising prices as with other cryptocurrencies.

Miha Grcar, head of global business development at cryptocurrency exchange Kraken, told Express.co.uk: “Stablecoins are used as collateral for crypto loans and often serve as the bridge currency in instances where two cryptocurrencies can’t be traded directly for one another.

“Their usefulness has continued to grow with the cryptocurrency space, and indeed has helped the industry reach the market cap it finds itself at today.”

However, the big concern in the US is over how closely monitored these systems are, with the report noting: “Stablecoins are often advertised as being supported or backed by a variety of ‘reserve assets’.

One of the reports main recommendations is for Congress to pass new laws regulating stablecoin issuers in the same way as banks.

This would allow regulators to impose standards and ensure issuers could honour the tokens.

DON’T MISS:
Caller shares ‘traumatising’ experience of breaking down on motorway [REACTION]
Energy bills could rise by hundreds of pounds amid BP warning [REVEALED]
Who are the Bank of England rate setters? [INSIGHT]

Mr Luethy said: “The report raised concerns that stablecoin issuers were at risk of a stablecoin run, where, similarly to a bank run, the provider may not have enough funds to return money.”

“This has been a concern that people familiar with the matter have had for a while since the most popular stablecoin in the world, Tether (USDT), is likely not 100 percent backed by cash but rather a mix of cash and commercial paper.

“Equally, regulators are fearful of a concentration of US dollar backed economic power that is outside of federal jurisdiction.”