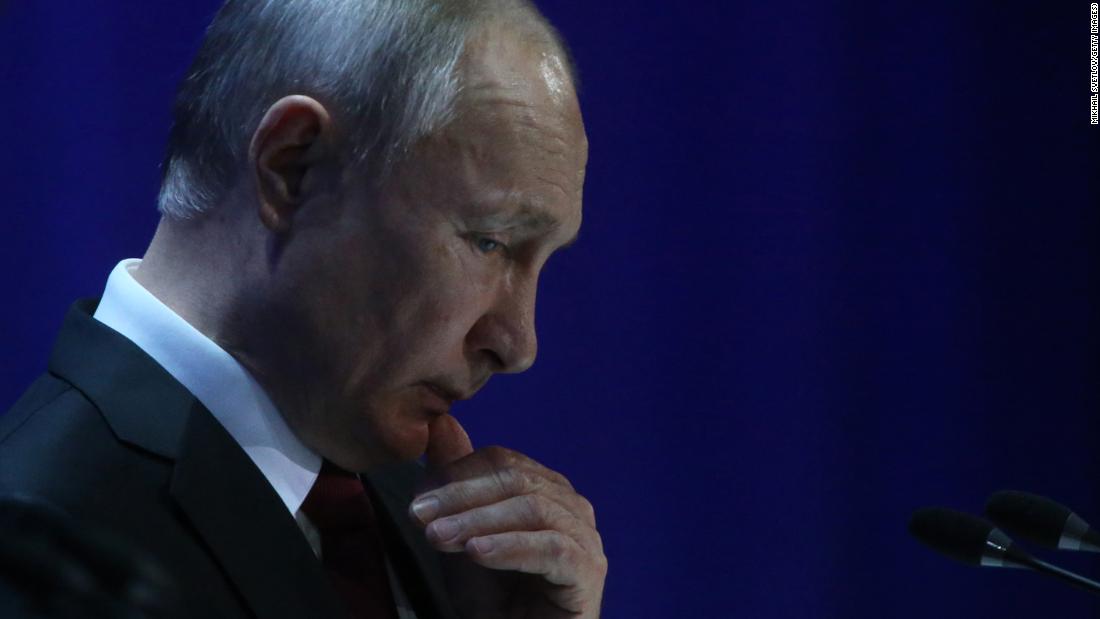 Russia shocked the world last week by blowing up its shaky alliance with OPEC. Moscow’s refusal to join with the cartel is aimed in part at drowning US shale oil companies that rely on higher prices in a sea of cheap crude.
Putin’s goal is to wrest market share back from American frackers, whose debt-fueled growth caused Russia to lose its title in 2018 as the world’s largest oil producer.

Russia's strategy seems to be targeting not simply US shale companies — but the coercive sanctions policy that American energy abundance has enabled."

“This is a response to try to cripple the US shale industry,” said Matt Smith, director of commodity research at energy research firm ClipperData.
Oil prices crashed Monday after Saudi Arabia said it would slash oil prices, launching a ferocious response against Russia’s move. US crude plummeted 26%, its worst day since 1991, to a four-year low of $31.13 a barrel.

Crude is now so cheap that many US shale companies will be forced to cut production. Bankruptcy fears are already rippling through the oil patch, sending the SPDR S&P Oil & Gas ETF (XOP) to its lowest price on record going back to 2006.
Shares of major oil companies like ExxonMobil (XOM) and Chevron (CVX), whose business models were built to withstand cheap crude, each plunged 12%. Exploration and production companies got clobbered, with Pioneer Natural Resources (PXD) down 37% and debt-ridden Occidental Petroleum (OXY)losing 52%.
The energy meltdown threatens to cause a repeat of the 2014-2016 oil crash that bankrupted dozens of American oil and gas companies and caused hundreds of thousands of layoffs. Although the industry survived, the experience proved to be very painful.
“Russia sees US shale as particularly vulnerable at the moment,” said Ryan Fitzmaurice, energy strategist at Rabobank. “It is our view that Russia was targeting debt-laden US shale producers.”

‘Caught in the crossfire’

Saudi Arabia retaliated to Russia’s gambit by launching a price war over the weekend. The kingdom slashed its April official selling prices by $6 to $8 and pledged to ramp up production, exactly the opposite of what’s needed.
“There is a staring contest between the Russia and Saudis, and everybody else is getting caught in the crossfire,” said Michael Tran, director of global energy strategy at RBC Capital Markets.
It’s no secret that Russia and its oil companies have grown impatient with OPEC’s efforts to rebalance the oil market. For years, Russia has joined OPEC in cutting production to put a floor beneath oil prices. Yet each production cut forced Russia to cede market share to America’s booming energy industry — much to the ire of Russian oil executives.
Rosneft, Russia’s state-owned oil company, called the OPEC alliance “masochism” that allowed US shale oil to thrive.
“By yielding our own markets, we remove cheap Arab and Russian oil to clear a place for expensive US shale oil and ensure the effectiveness of its production,” a spokesperson for Rosneft said on Sunday, according to state media.

Beyond the market share battle, analysts said that Russia could be retaliating for Washington’s recent campaign of energy sanctions — penalties made possible by the shale oil revolution.
For instance, just three weeks ago the Trump administration announced sanctions against a subsidiary of Rosneft in response for its support of the Maduro regime of Venezuela.
“Russia’s strategy seems to be targeting not simply US shale companies but the coercive sanctions policy that American energy abundance has enabled,” Helima Croft, head of global commodity strategy at RBC Capital Markets, wrote in a note to clients Monday.
Croft said that Igor Sechin, the CEO of Rosneft and a close Putin confidante, appears to have convinced Moscow to take on the US shale industry.
“Like Putin, Sechin hails from the Russian intelligence services and is a strong nationalist,” Croft wrote. “Undercutting American energy dominance therefore most likely appeals not only to his bottom line but also to his ideological affinities.” 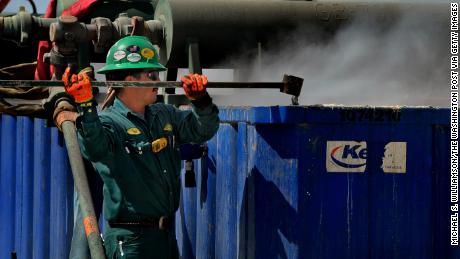 Putin also has a big financial advantage over Saudi Arabia. Russia relies on oil revenue for only 37% of its budget, compared with 65% for the kingdom, according to Argus Global Markets. Analysts said Russia can balance its budget at just $42 a barrel oil, compared with around $80 for Saudi Arabia.
“Everybody will be hurt by this, including Russia,” said Bjornar Tonhaugen, head of oil markets at Rystad Energy. “The extra benefit from this decision is that it will of course hurt others, including the US.”
Officials in Washington have taken note of the chaos in the energy market.
The Energy Department said in a statement Monday evening that “state actors” are attempting to “manipulate and shock” oil markets. However, the administration expressed confidence that the United States “can and will withstand this volatility.”
During a meeting on Monday with Russian ambassador Anatoly Antonov, US Treasury Secretary Steven Mnuchin “emphasized the importance of orderly energy markets.”

Whatever is fueling the motivation, the oil price war couldn’t have come at a worse time for an industry already suffering from a bear market in crude.
Big Oil has been shunned by investors for years because of persistent supply gluts, excessive spending and rising climate change concerns. The energy sector was the biggest loser in the S&P 500 last year as well as for all of last decade. And the sector is leading the way lower during the recent market mayhem.
The coronavirus has posed an even deeper challenge to the oil industry. Countless flight cancellations, factory closures and a slowdown in commuting has seriously weakened the world’s appetite for oil. Global oil demand is expected to drop this year for the first time since 2009, according to the International Energy Agency.
“The last two months have been a horror movie for energy investors,” Stewart Glickman, energy analyst at CFRA Research, wrote in a note to clients Monday. “We have both a demand shock (coronavirus) and a supply shock (OPEC-Plus breakdown) happening at the same time. In other words, two boogeymen, not one.”

Who will blink first?

That frightening backdrop explains why more than just oil companies are tumbling. Banks with heavy ties to the energy sector got punished Monday, too, as investors brace for an inevitable wave of loan defaults.
Dallas-based Comerica (CMA), Cullen/Frost Bankers (CFR) and Texas Capital Bancshares (TCBI) plunged around 20% apiece.
The shale oil companies with the weakest balance sheets will have to save cash by abandoning expensive drilling projects and furloughing their workers. Some of oil companies won’t survive.
“These guys were already in pain. Now we are going to start to see bankruptcies, perhaps widespread,” said ClipperData’s Smith. 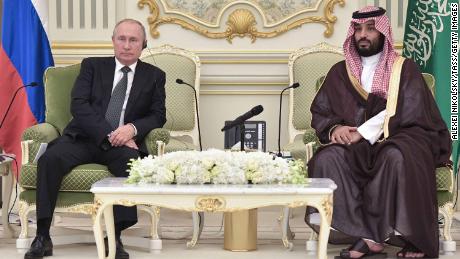 The big question is how long oil prices remain depressed — and how much lower they go. And the answer could lie in Riyadh and Moscow.
If Saudi Arabia’s price war forces Russia to agree to production cuts, the oil market could quickly rebound, bringing relief to teetering shale oil companies.

But Putin is not known for backing down, suggesting the American oil industry should brace for more pain ahead.
“Hope remains that this battle will be short,” RBC’s Croft wrote, “but preparations are seemingly being made for a protracted war of attrition that could have brutal economic consequences for all involved.”
Source: Read Full Article