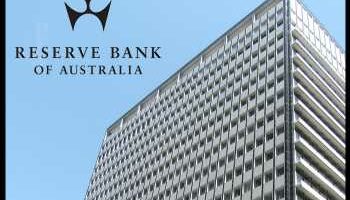 Australia’s central bank left its monetary policy unchanged as widely expected and vowed to hold its interest rate at a historic low until 2024.

The policy board of the Reserve Bank of Australia headed by Governor Philip Lowe decided to leave its cash rate unchanged at a record low of 0.10 percent.

The board maintained the target of 10 basis points for the April 2024 Australian Government bond. The board also voted to continue with the purchase of government securities at the rate of A$4 billion a week until at least mid February 2022.

The bank repeated that it will not increase the cash rate until actual inflation is sustainably within the 2 to 3 percent target range. The central scenario for the economy is that this condition will not be met before 2024.

Although the bank stuck to its guns by predicting that rates won’t rise until 2024, high inflation will prompt rate hikes in 2023, Marcel Thieliant, an economist at Capital Economics, said.

The setback to the economic expansion caused by the Delta outbreak is set to be only temporary, the board noted. As vaccination rates increase further and restrictions are eased, the economy is expected to bounce back.

Nonetheless, the board assessed that there is uncertainty about the timing and pace of the bounce-back and it is likely to be slower than that earlier in the year.

The bank forecast the economy to grow again in the December quarter and is expected to be back around its pre-Delta path in the second half of next year.

Policymakers observed that housing credit growth has picked up due to stronger demand for credit by both owner-occupiers and investors.

The Council of Financial Regulators has been discussing the medium-term risks to macroeconomic stability of rapid credit growth at a time of historically low interest rates, the bank said. It is important that lending standards are maintained and that loan serviceability buffers are appropriate.