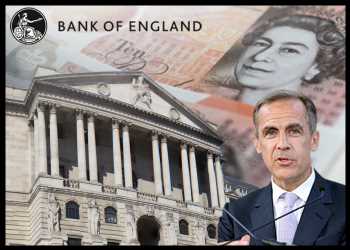 The Bank of England is prepared to take more measures to combat the economic impact of the coronavirus outbreak, Governor Mark Carney said at a press conference on Wednesday, after the central bank announced a slew of measures including a surprise interest rate cut earlier in the day.

The BoE’s role is to help UK businesses and households manage through an economic shock that could prove large and sharp but should be temporary, outgoing governor said.

The bank is ready to initiate further action if needed and is open to quantitative easing, he told reporters.

Carney said the bank is coordinating its actions with the Chancellor on the budget day, in order to ensure that measures have maximum impact.

Carney observed that the economic damage caused by the virus remained unclear, but the economy is likely to shrink in months ahead.

The governor said the UK financial system is strong enough to withstand all scenarios.

He said, “There is no reason for it to be as bad as 2008 if we act as we have, and if there is that targeted support.”

Earlier in the day, the BoE unexpectedly cut its key interest rate and launched a new funding scheme for small businesses as it expects the UK economy to take a major hit due to the coronavirus, or Covid-19, outbreak. Policymakers unanimously decided to cut the bank rate by 50 basis points to a record low 0.25 percent.

Andrew Bailey will take charge as the BoE Governor after Carney steps down on March 15.

Attending the conference, Bailey said the bank will ensure availability of credit to both households and businesses.