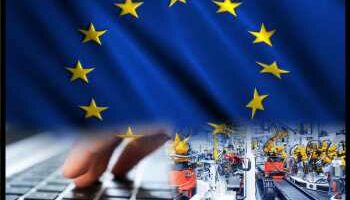 Official data showed that retail turnover in the currency bloc recovered, as expected, in October despite a fall in food sales.

The final composite output index rose to 55.4 in November from 54.2 in October, private survey data revealed. The faster growth ended a three-month sequence of slowing growth in November.

Although the reading was below the flash 55.8, the index stayed above the neutral 50.0 mark signaling expansion in the private sector.

The overall improvement reflects the strong performance of services activity and masks the second-softest increase in manufacturing production since its recovery began in July 2020.

The services Purchasing Managers’ Index came in at 55.9, down from 54.6 in October. The flash reading was flash 56.6.

An improvement in the rate of economic growth signaled by the eurozone PMI looks likely to be short-lived, Chris Williamson, chief business economist at IHS Markit said.

With the data collected prior to news of the Omicron variant, sentiment about near-term prospects will inevitably have been knocked even further, the economist added.

Data split by member states monitored by the survey showed that Spain, Italy and France all recorded quicker upturns which were well in excess of their historical averages. However, it was in the currency bloc’s largest economy, Germany, where the slowest expansion was seen.

Germany’s final composite PMI came in at 52.2 in November, up marginally from October’s eight-month low of 52.0 but below the flash 52.8. At the same time, the services PMI dropped to 52.7 from 52.4. The reading was also below the initial estimate of 53.4.

France’s private sector expanded for the eighth consecutive month in November. That said, the service sector was the sole driving force as manufacturing output levels were stagnant.

Italy’s private sector continued to expand in November, with the rate of growth the fastest since August and sharp overall. The composite output index rose to 57.6 from 54.2 in October. At the same time, he services PMI advanced to 55.9 from 52.4 a month ago.

Growth of Spain’s private sector economy improved in November to a three-month high. The composite output index climbed to 58.3, up from 56.2 in October and indicated growth for a ninth month in a row.

The services PMI reached a three-month high of 59.8, up from 56.6 in October. Economists had forecast the index to climb to 58.8.

On a yearly basis, retail sales growth eased to 1.4 percent in October from 2.6 percent in the previous month. Sales were forecast to grow 1.2 percent.