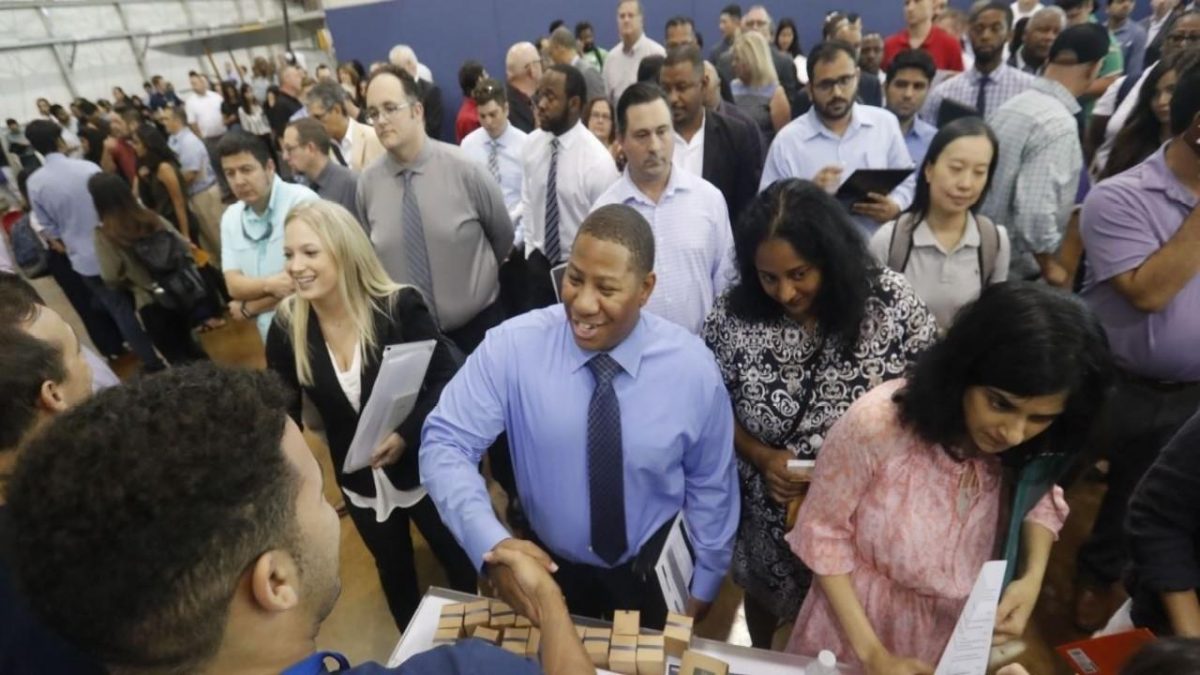 The U.S. economy is expected to have continued its streak of solid job gains in February, even as the fast-spreading coronavirus batters the financial markets and reignites recession jitters.

Economists surveyed by Refinitiv expect the economy added 175,000 jobs in February, down from the much higher-than-expected 225,000 created in January. They predicted that unemployment will hold steady at 3.6 percent, near a half-century low.

As the U.S. continues the longest economic expansion on record, investors are looking at the Department of Labor’s monthly payroll and unemployment data for signs that the rapid job growth over the past two years is softening and lending way to an overall growth slowdown.

Although consumer confidence remains near historic highs and the labor market is chugging along at a healthy pace, concerns are mounting about how the coronavirus outbreak could affect Chinese, and global, growth.

In a rare emergency move on Tuesday, the Federal Reserve sharply cut interest rates to offset economic fallout from the wide-spreading coronavirus — and left the door open for another potential decrease later this year.

“We saw a risk to the outlook of the economy and we chose to act,” Fed Chair Jerome Powell said at a 13-minute press conference after the announcement, during which he continued to project confidence about the state of the U.S. economy. Policymakers voted unanimously to make the cut.

The U.S. central bank said it lowered its key benchmark federal funds rate by 50 basis points to a range of 1 percent to 1.25 percent. It was the first time since late 2008, shortly after the collapse of Lehman Brothers, that policymakers made an emergency cut between scheduled meetings.

Given the uncertainty of potential ramifications from the virus — it causes a disease called COVID-19, and has killed more than 3,300 people, with close to 98,000 cases reported worldwide — Wall Street is continuing to price in additional monetary action by the Fed. So far, there have been a total of 149 confirmed cases of coronavirus in the U.S. and 11 deaths.

Friday’s report, which the Bureau of Labor Statistics will release at 8:30 a.m. ET Friday, will mostly be about judging the labor market’s momentum going into the coronavirus outbreak, according to Josh Wright, chief economist at iCIMS and a former Fed economist.

“This report is likely to be weaker than January’s strong one, but probably not worse than middling,” he said. “Remember, the BLS survey was conducted in the first half of the month, and while job openings have declined and jobless claims ticked up a notch, there has not been a clear impact from concerns about global health.”

He also noted that above-average temperatures in the U.S., which contributed to January’s blowout report, could once again play a role in a solid number.

“That said, in times of uncertainty, employers are more likely to slow their hiring than initiate layoffs, so risks are skewed to the downside,” he said.