Australian share prices have fallen about 10 per cent since the start of the year, presenting good opportunities for canny investors to buy shares in high-quality companies at bargain-basement prices.

Equity analysts at Morningstar have provided their “best ideas” from among the companies they track that they believe are trading at discounts to their “fair value”. 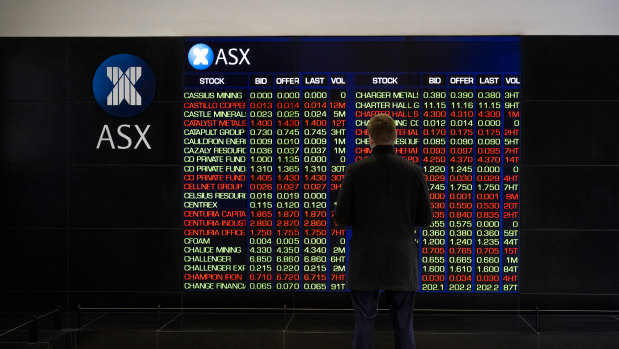 Mathew Hodge, director of equity research at Morningstar Australia, says our sharemarket is not as cheap as it was a month or so ago, as prices have somewhat recovered, but he says there are still plenty of companies whose shares are changing hands at decent discounts to fair value.

Hodge says while the rising interest rates and inflation are generally bad for sharemarkets, some businesses can achieve faster revenue growth in times of rising costs, as they can pass on the increased costs to their customers.

Morningstar’s “best ideas” do not consider investors’ individual circumstances – and share prices can always fall – so those interested in considering the following stocks should seek financial advice before making any decisions.

Shaun Ler, Morningstar’s financials equity analyst, sees plenty of upside potential in Fineos Corp. (FCL/ASX), a Dublin-based software provider for life, accident and health insurers. It serves more than 50 customers globally, including some of the biggest names in the insurance industry.

Its full-year results, released in August, showed a mixed bag, with the company yet to post a profit despite strong revenue growth.

Fineos shares have also been caught up in the sell-off in the technology sector due to rising interest rates, as investors become more risk-averse and opt for shares in profit-making businesses.

Nevertheless, Ler says Fineos’ software is regarded as the “de-facto gold standard” by the insurance industry. He has a fair value for its shares of $4, with the stock now trading at about $1.43. “There is plenty of growth [in the business], as there are large insurers that still use clunky legacy [software] systems” and would benefit from Fineos’ software, Ler says.

Magellan is still feeling the impact of the departure of its co-founder Hamish Douglass.Credit:Janie Barrett

Ler also likes fund manager Magellan (MFG/ASX), despite its recent spate of struggles, including increased outflows from its funds under management and key person losses, including one of its star co-founders Hamish Douglass.

The analyst believes a return of the fund manager’s performance to historical levels should help stabilise outflows and boost the performance fees the manager earns.

Magellan’s share price has fallen by about 60 per cent in the past 12 months on the back of a drop-off in the performance of its main fund, and associated losses in funds under management, as investors sought alternatives.

The price of gold has fallen recently, hitting producers, but would likely recover, Mills says.

Newcrest also has a growing exposure to copper. It is a low-cost producer, so is better placed than higher-cost competitors at a time when costs are rising, he says.

Mills has a fair value on Newcrest’s shares of $31. Its shares are currently changing hands for about $17.80.

The miner’s full-year result to June 30 showed a drop in profit, but not by as much as analysts expected, on lower gold and copper production.

Though its costs are rising due to inflation, the company’s operations are generally in the middle or lower half of cost curves, and it may be able to absorb the increases, Mills says.

The analyst has a fair value for the miner’s stock of $4.30 – close to its current sharemarket price.

South32 in August reported a bumper overall profit for the year to June 30, on higher aluminium and metallurgical coal profits. It was the biggest the Perth-based miner has seen since it was spun-off from BHP in 2015.

Advice given in this article is general in nature and is not intended to influence readers’ decisions about investing or financial products. They should always seek their own professional advice that takes into account their own personal circumstances before making any financial decisions.