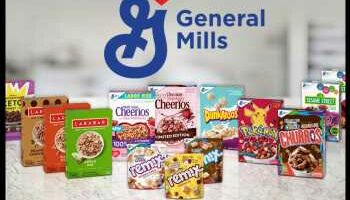 Excluding items, adjusted earnings for the quarter were $0.99 per share, compared to $1.06 per share in the year-ago quarter.

On average, 17 analysts polled by Thomson Reuters expected the company to report earnings of $1.05 per share for the quarter. Analysts’ estimates typically exclude special items.

Net sales for the quarter increased 6 percent to $5.02 billion and organic net sales were up 5 percent. Analysts expected revenues of $4.84 billion for the quarter.

Looking ahead to fiscal 2022, General Mills updated its guidance to reflect stronger topline growth and significantly higher input costs than originally expected, as well as the impact of the European Yoplait divestiture

The company now projects constant-currency adjusted earnings per share to range between down 2 percent and up 1 percent from the base of $3.79 per share reported in fiscal 2021. Previously, it was expected to be flat to down 2 percent.

Organic net sales are expected to grow 4 to 5 percent, reflecting stronger-than-expected performance in the first and second quarters and incremental Strategic Revenue Management actions that will take effect in the second half. Previously, it was expected to be down 1 to 3 percent

Further, the company said it expects changes in consumer behaviors driven by the COVID-19 pandemic will result in ongoing elevated consumer demand for food at home, relative to pre-pandemic levels. These changes include more time spent working from home and increased consumer appreciation for cooking and baking.