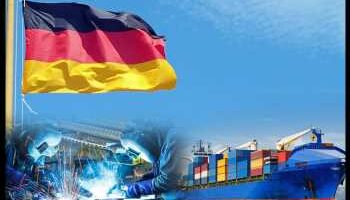 Germany’s exports growth accelerated in June despite supply chain disruptions, while the growth in imports slowed from May, official data from Destatis revealed on Monday.

Meanwhile, growth in imports eased notably to 0.6 percent from 3.4 percent. Economists had forecast the monthly growth to slow to 0.5 percent.

As a result, the trade surplus increased to EUR 13.6 billion from EUR 12.8 billion a month ago. The expected level was EUR 13.4 billion.

Today’s strong data illustrates that supply chain frictions have not yet affected German exports, Carsten Brzeski, an ING economist, said. However, looking ahead, this could still change.

While order books are still richly filled, supply chain frictions, particularly the lack of microchips, could lead to more delivery problems in key sectors like the automotive industry and therefore to some distortions of export data in the coming months, the economist noted.

On a yearly basis, exports advanced 23.6 percent but slower than the 36.6 percent increase posted in May. Likewise, imports growth came in at 27 percent, down from 32.5 percent in the prior month.

The current account of the balance of payments showed a surplus of EUR 22.5 billion versus EUR 20.3 billion surplus last year.

Shipments to the euro area countries climbed 24.9 percent and imports from those countries moved up 22.5 percent.

Exports to the People’s Republic of China advanced 16.0 percent and that to the United States increased by 39.8 percent. At the same time, imports from China rose 11.1 percent and that from the US were up 56 percent.