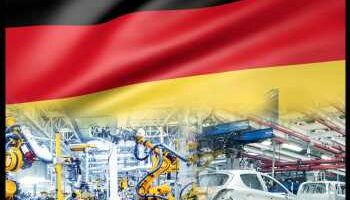 Germany industrial output recovered at a stronger than expected pace in October underpinned by auto production, data released by Destatis revealed on Tuesday.

Industrial production grew 2.8 percent on a monthly basis in October, reversing a 0.5 percent fall in September. Production was forecast to grow 0.8 percent.

Excluding energy and construction, industrial production was up 3.2 percent in October.

Within industry, the production of capital goods showed a monthly growth of 8.2 percent. The production of motor vehicles, trailers and semi-trailers was up 12.6 percent. Meanwhile, output of intermediate goods was down 0.4 percent and that of consumer goods by 0.1 percent.

Compared with February 2020, the month before restrictions were imposed due to the corona pandemic in Germany, production was 6.5 percent lower in October.

The economy ministry said the outlook for the industrial economy remains cautious. The impairments caused by delivery bottlenecks are likely to continue for a few more months.

The rebound in auto output in October means that aggregate industrial production may increase in the fourth quarter, Andrew Kenningham, an economist at Capital Economics, said.

But with the services sector being hit hard by new Covid restrictions, it seems likely that the German economy will barely grow at all in the fourth quarter.