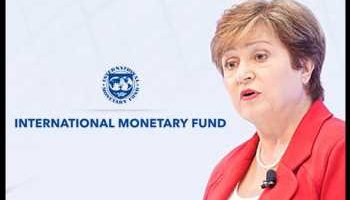 The International Monetary Fund’s Managing Director Kristalina Georgieva called for a coordinated global fiscal stimulus and said the lender stands reading to use its $1 trillion lending capacity to help its 189 members to ease the economic shock from the spread of the coronavirus, or Covid-19.

In a blog post on the IMF website on Monday, Georgieva said, “Additional fiscal stimulus will be necessary to prevent long-lasting economic damage.”

Fiscal measures that involve increasing health care spending, and containment measures such as social distancing and early monitoring, will help slow the rate of infection and virus spread, she noted. Further, governments should extend measures such as policies including increased paid sick leave and targeted tax relief to businesses and people, she added.

“Beyond these positive individual country actions, as the virus spreads, the case for a coordinated and synchronized global fiscal stimulus is becoming stronger by the hour,” Georgieva said, citing the stimulus provided during the global financial crisis of 2009.

“The IMF stands ready to mobilize its $1 trillion lending capacity to help our membership,” she said.

The lender can provide as much as $50 billion to emerging and developing economies, initially, through flexible and rapid-disbursing emergency response toolkit for debt relief, and up to $10 billion to low-income members through our concessional financing facilities, which carry zero interest rates.

The IMF has already received interest from about 20 more countries, she said.

The Catastrophe Containment and Relief Trust of the IMF aims to help the poorest countries with immediate debt relief, thus freeing up vital resources for health spending, containment, and mitigation. Recently, the United Kingdom pledged $195 million, thus boosting the size of the fund to $400 million.

The lender hopes to raise the fund size to $1 billion through donations from members, the IMF chief said.

Georgieva welcomed the coordinated monetary policy action by six leading central banks on Sunday that included interest rate cuts, asset purchases and lowering the pricing of US dollar swap lines, and other individual actions by different central banks on Monday, to provide liquidity and boost sentiment in the financial markets that keep crashing on fears of a severe global recession as the spread of the Covid-19 hamper human activity across continents.

Central banks in advanced economies should continue to support demand and boost confidence by easing financial conditions and ensuring the flow of credit to the real economy, Georgieva said. She said swap lines may need to be opened for emerging market economies in future.

This crisis will stress test whether the changes made in the wake of the financial crisis will serve their purpose, she said.

“Only through sharing, coordination, and cooperation will we be able to stabilize the global economy and return it to full health,” she concluded.