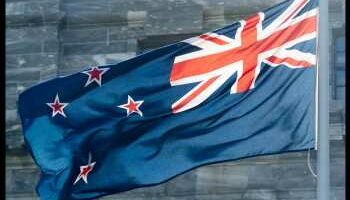 The Monetary Policy Committee of the Reserve Bank of New Zealand on Wednesday decided to lift the Official Cash Rate to 3.50 percent from 3.00 percent.

The bank has tightened its monetary policy by 325 basis points over the last eight consecutive meetings. A similar higher rate was last seen in 2015.

The committee observed that inflation is currently too high and employment is beyond its maximum sustainable level.

“The Committee agreed it remains appropriate to continue to tighten monetary conditions at pace to maintain price stability and contribute to maximum sustainable employment,” the bank said in a statement.

The summary of the meeting showed that the committee considered whether to increase the interest rate by 50 or 75 basis points. Some members highlighted that a larger increase in the OCR now would reduce the likelihood of a higher peak in the OCR being required.

Policymakers said the interest rate needed to reach a level where the MPC could be confident it was sufficient to maintain expectations of low inflation in the longer term and bring inflation within the target range.

The Reserve Bank of Australia, on Tuesday, delivered a smaller-than-expected 25 basis point rate hike after lifting rates by 50 basis points in each of the last four meetings.