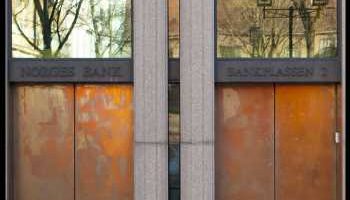 Norway’s central bank reduced the key policy rate in an unscheduled move on Friday and said it is ready to lower rates further as it expects a severe hit on the economy from the spread of the coronavirus, or Covid-19.

The Monetary Policy and Financial Stability Committee voted unanimously to reduce the policy rate by 0.50 percentage point to 1.00 percent in an extraordinary meeting on March 12, Norges Bank said in a statement.

“There is considerable uncertainty about the duration and impact of the coronavirus outbreak, with a risk of a pronounced economic downturn,” the bank said. “The Committee is monitoring developments closely and is prepared to make further rate cuts.”

“A lower policy rate cannot prevent the coronavirus outbreak from having a substantial impact on the Norwegian economy, but it could dampen the downturn and mitigate the risk of more persistent effects on output and employment,” the bank added.

The country’s economic prospects have worsened also due to the recent oil price crash, the central bank noted.

Norges Bank also announced that it will offer extraordinary three-month F-loans for as long as deemed necessary and these will be fully allotted at an interest rate equal to the prevailing policy rate. This is expected to help the policy rate pass-through to the money market rates as there is substantial volatility in the financial markets recently.

Further, the central bank said, following its advice, the Ministry of Finance decided to reduce the countercyclical capital buffer for banks from 2.5 to 1 percent, with immediate effect.

Norwegian banks are solid as they have sufficient capital to absorb losses in the event of a severe downturn, Norges Bank said.

“However, tighter lending standards could amplify an economic downturn,” the bank added. “A reduction in the countercyclical capital buffer can counteract a tightening of banks’ lending standards.”

Norwegian banks are profitable, the central bank observed, before urging them to decide on dividend payments only after considering the extraordinary situation facing the country due to the virus outbreak.

Central banks and governments across the world are scrambling to put up monetary and fiscal buffers to reduce the economic shock from the spread of the Covid-19 as stock markets crash and entire cities go into lock-down.

Major central banks such as the US Federal Reserve and the Bank of England already cut interest rates and announced stimulus measures such as special funding arrangements for businesses, especially small and medium term enterprises.

Central banks are also pumping significant liquidity into financial markets through to stabilize markets as they keep crashing on coronavirus and oil price concerns.