Deutsche Bank analyst Lloyd Walmsley raised his price target from $40.00 to $48.00 per share, saying that augmented reality could open the door to new commerce opportunities for Snap. Sponsored photo lenses and filter ads are well positioned to scale and could tie into a somewhat ambiguous e-commerce strategy that involves virtual stores.

Augmented reality (AR) is an enhanced version of the real physical world that is achieved through the use of digital visual elements, sound, or other sensory stimuli delivered via technology. It is a growing trend among companies involved in mobile computing and business applications in particular. 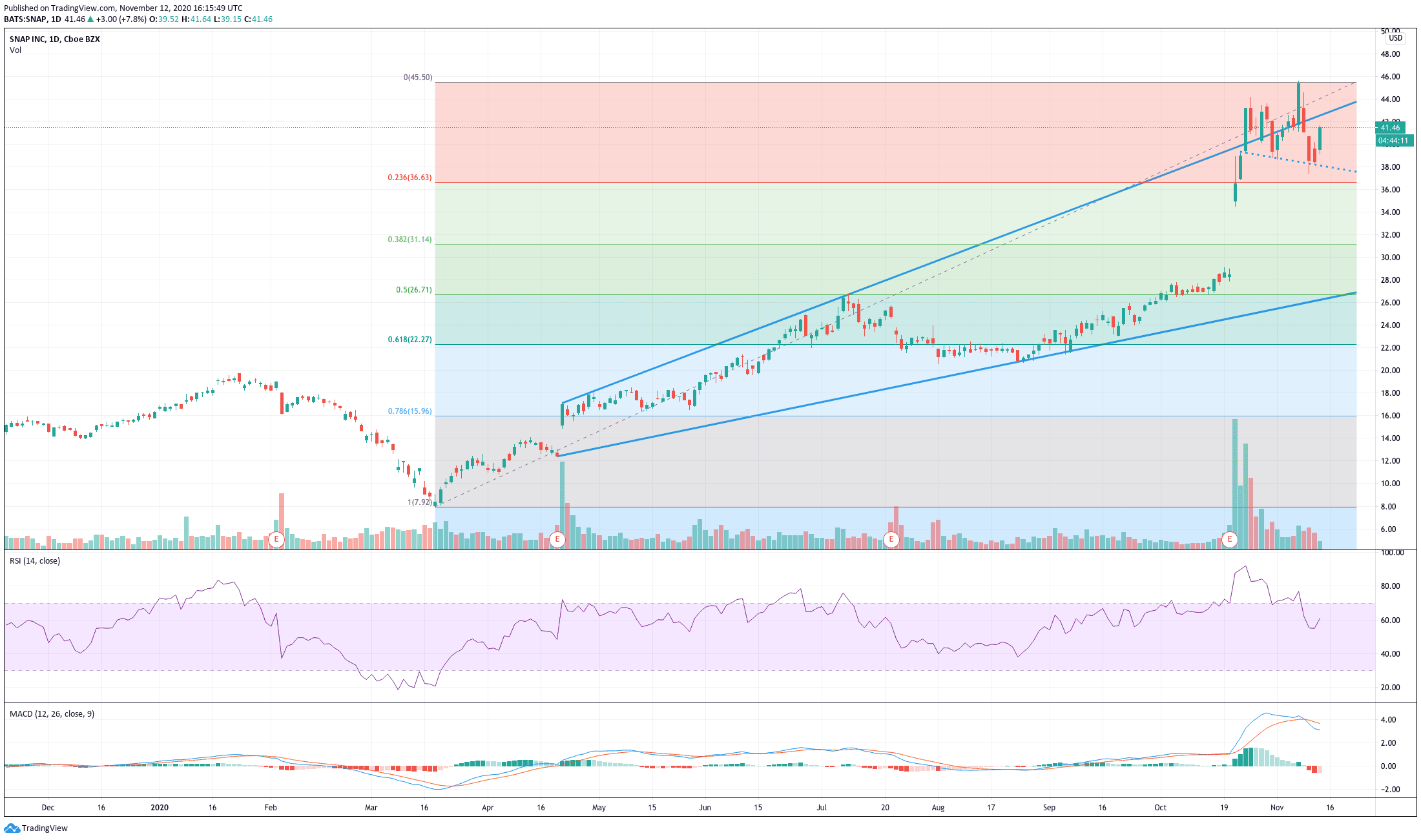 From a technical standpoint, the stock rebounded from its reaction lows. The RSI moved closer to overbought levels with a reading of 60.96, while the MACD remains in a bearish downtrend. These indicators suggest that the stock could have some trouble breaking out from its prior highs.

Traders should watch for a rebound to retest prior highs of $45.60. If the stock breaks out from these levels, traders could see the stock move to fresh all-time highs. If the stock breaks down from trendline support at around $38.00, traders could see Snap shares move toward the 50-day moving average at $30.83 or close the gap at around $29.00, although that scenario appears less likely to occur given the fundamental strength.

Snap shares rose more than 5% after Deutsche Bank raised its price target to $48.00 per share, saying that augmented reality could open the door to new commerce opportunities. While the stock has room to run from an RSI standpoint, the MACD suggests that the intermediate-term trend remains bearish.

The author holds no position in the stock(s) mentioned except through passively managed index funds.