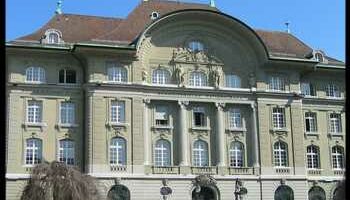 The Swiss National Bank left its expansionary monetary policy unchanged on Thursday, in order to ensure price stability and underpin economic recovery from the coronavirus-driven downturn.

Policymakers of the central bank decided to retain the policy rate and interest on sight deposits at the SNB at -0.75 percent.

The bank reiterated that it is willing to intervene in the foreign exchange market as necessary, in order to counter upward pressure on the Swiss franc. The bank repeated that the Swiss franc remains highly valued.

The Bank’s laser-like focus on the exchange rate means that it is unlikely to raise interest rates before the European Central Bank, and so well beyond the end of our forecast horizon, David Oxley, an economist at Capital Economics, said.

Citing higher prices for oil products as well as for goods affected by supply bottlenecks, the bank raised its inflation forecast.

The downward revision is primarily attributable to the development of consumer-related industries such as the trade industry and hospitality, which performed less dynamically than expected.

Regarding mortgage lending and property prices, the bank said the vulnerability of the mortgage and real estate markets has increased further.