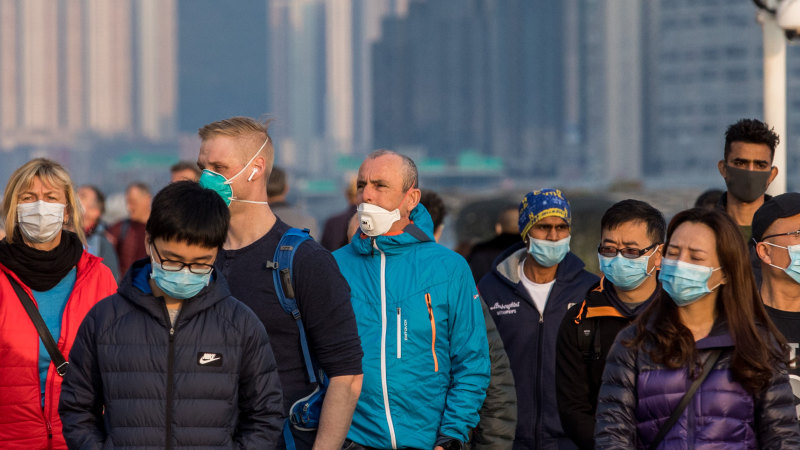 The coronavirus is a human credit crunch, and there’s no quick fix

It is the flow of people, as much as money, that keeps the global economy ticking over. It follows that a sudden halt to the movement of workers, shoppers and tourists should worry us just as much as the drying up of credit during the global financial crisis in 2008.

And with fewer obvious quick fixes, the virus outbreak should perhaps concern us even more.

A little over a decade ago, it was the US housing market that soured. Investors lost confidence after years of unbridled lending and poor regulation, and an American credit crunch went global. To fight it, central banks unleashed an unprecedented policy response; governments increased spending and in some cases snapped up teetering assets.

Today, it's all seizing up again, but not because of capital. Instead, hundreds of millions of people are unable or unwilling to move, causing simultaneous supply and demand shocks. 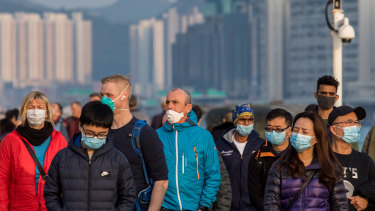 The flow of humans is central to the world economy. Now that flow has been interrupted.Credit:Bloomberg

More than a month after Lunar New Year, Chinese factories are only slowly reopening, and consumers are staying home. Elsewhere, barriers erected to stop travellers from China, Iran and elsewhere will take time to come down, especially when such controls fit with a prevalent populist agenda.

Where people go and don't go matters because this is where the economic damage is caused. That comes not from the virus itself – absent a demographic hit on the scale of the 1918 Spanish flu – but from the measures to contain the outbreak, and the fear it sows among populations.

The increase in those movements in recent decades makes the shock of an abrupt standstill all the more stark.

It's a salutary reminder of just how central the flow of humans is to the world economy, from students in Australia and tourists in Paris to farmers-turned-factory workers in China's cities. The increase in those movements in recent decades makes the shock of an abrupt standstill all the more stark.

China's draconian containment measures, isolating the central hub of Wuhan and the surrounding region, offered the first clear signal of how severe the consequences could be. With transport of goods and workers blocked, manufacturers and their clients outside China soon felt the pinch. That continues: February's manufacturing purchasing managers' index sank to a record low, below even the nadir of November 2008, and new order numbers provided little reason to cheer. Even when work does restart, some local authorities have imposed special restrictions to quarantine newly returned workers.

Provided there is no fresh surge of cases, manufacturing will come back. Restoring human mobility globally will take longer.

That's because it's not just about factory workers in China. The crunch is, or could be, far broader: foreign students keeping Australian universities afloat; Chinese tourists spending $US18 billion ($27 billion) a year in Thailand; families migrating to New Zealand; skiers in Japan; bankers in New York. Schools are now shut in Japan and South Korea, and pockets of Europe too. Executives who are usually racking up air miles to oil the cogs of multinationals are being forced to scrap travel. Millions are already working from home.

It's a huge hit to productivity and consumption, and much of that will take far longer to resume even if the spread is contained. Few countries and companies will rush to scrap controls.

Some of the demand associated with that mobility – for conferences, education, and to a degree even tourism – may well be destroyed, not deferred. That's bad news for destinations such as Thailand and Hong Kong, which rely on a chunk of the more than 150 million Chinese who travel abroad annually, and more broadly for an ailing travel industry. Empty airports won't be filling up soon. And spare a thought for cruise companies.

The biggest problem with a human crunch, though, is that it may be harder to fix than a credit seizure. When banks become reluctant to lend, ultra low rates and liquidity injections help. Some of that response is already happening, with this week's US Federal Reserve emergency half-point cut coming hours after Group of Seven finance chiefs pledged to do all they could to combat the crisis.

Fiscal measures will be positive too, keeping companies alive by providing support with rental or other payments, encouraging forbearance from banks and getting consumers to spend. That's important, given the heavy indebtedness of non-financial corporates in China, in particular: Their debt load has ballooned to more than 150 per cent of GDP, Rabobank estimates.

Not everything is grim. There could be productivity gains if companies are forced to figure out what to do with fewer workers.

In the end, though, the only real cure for the human crunch will be a vaccine and better healthcare systems. These are problems that can hardly be fixed fast.