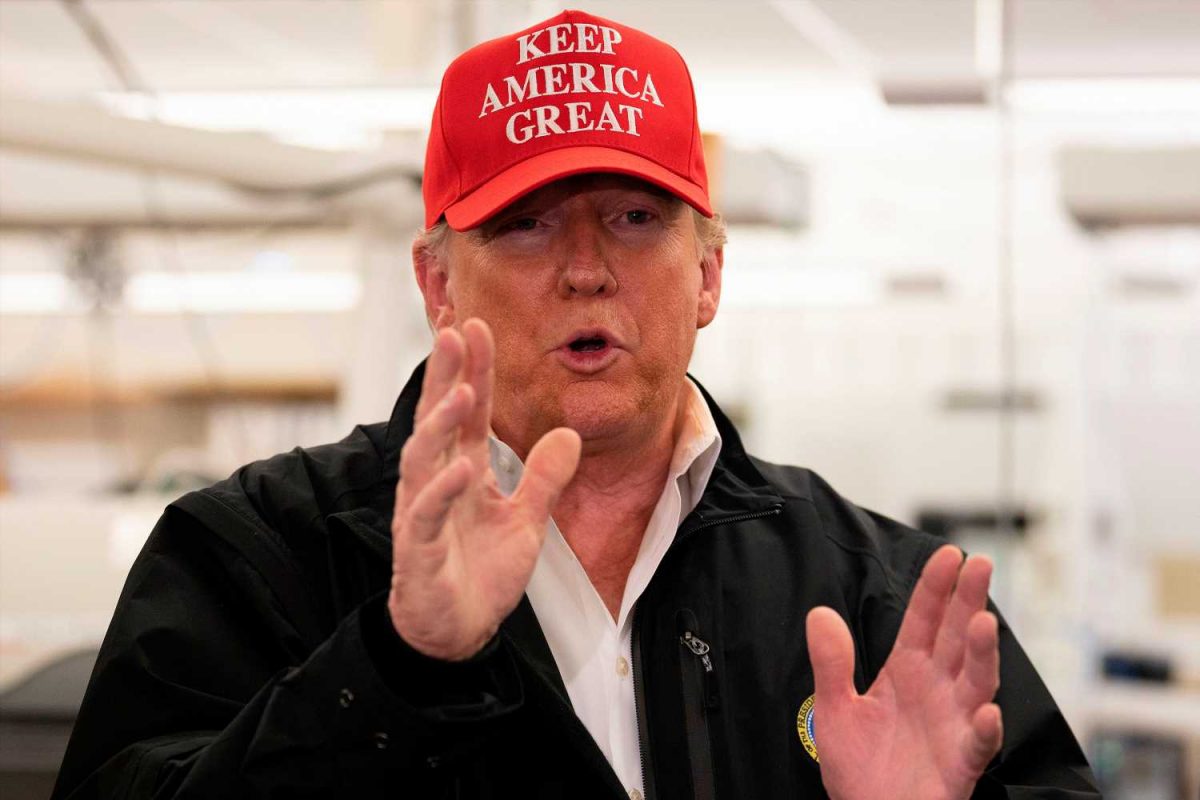 President Trump blamed Monday’s historic stock market losses on the news media and an international oil price war as he downplayed the coronavirus epidemic that has panicked investors.

“Saudi Arabia and Russia are arguing over the price and flow of oil. That, and the Fake News, is the reason for the market drop!” Trump said on Twitter Monday morning after US stocks plummeted far enough to briefly halt trading.

In a separate tweet, Trump said the plunging oil prices would be “good for the consumer” because gasoline will be cheaper. He also sought to quell fears that the coronavirus outbreak will weaken the economy by noting that it has killed far fewer Americans than the flu.

The epidemic has nonetheless disrupted supply chains, weakened demand for travel and caused the cancellation of major events such as the South by Southwest festival in Texas. The Federal Reserve also cut interest rates last week in an effort to blunt the outbreak’s economic damage.

The Dow Jones industrial average briefly dropped more than 2,000 points Monday after Saudi Arabia said it would increase oil production and slash prices, which triggered steep drops in crude oil futures. The Saudis’ move came in response to Russia’s rejection of a proposal by the Organization of the Petroleum Exporting Countries to cut oil production.

But Monday’s massive stock rout threatens to outweigh any benefits consumers could see from lower fuel costs and interest rates, according to Donald Selkin, chief market strategist at Newbridge Securities.

“If they own stocks, they’re losing more than what they’re saving,” Selkin said.

“I want to be bullish here, but he’s wrong on oil prices and no one trusts him on the virus stuff,” the trader told The Post.