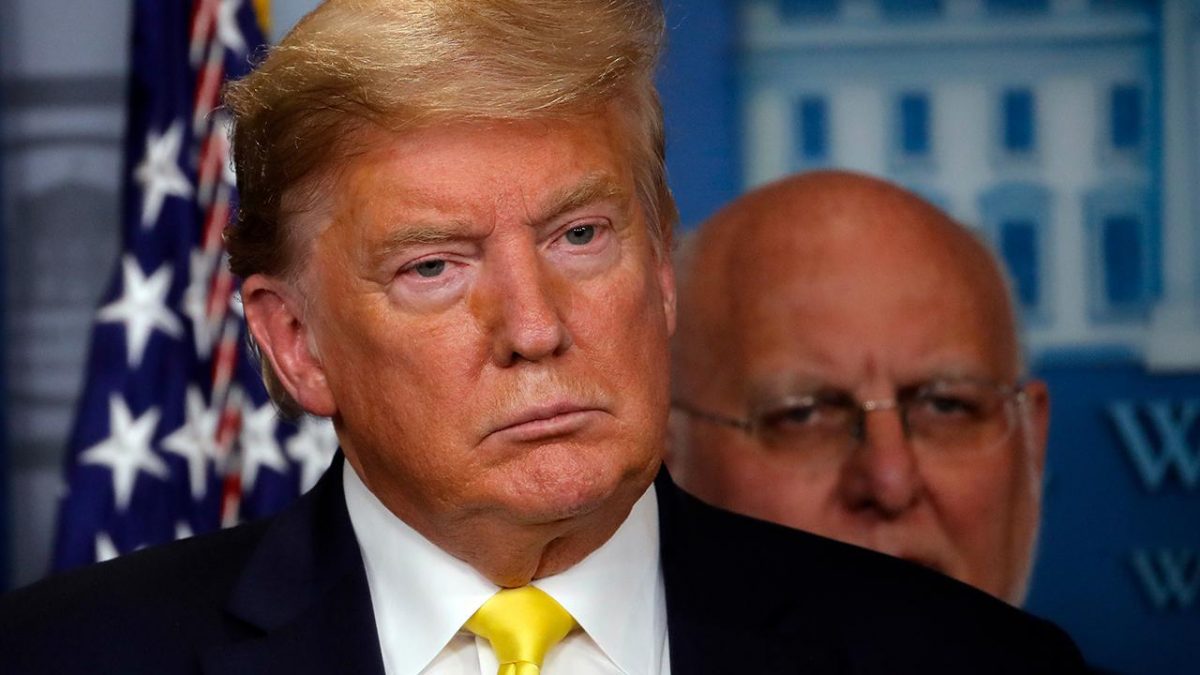 Trump to ask Senate for payroll tax relief amid coronavirus

President Trump speaks on how the U.S. is handling the coronavirus outbreak economically speaking during a briefing at the White House.

President Trump and his coronavirus task force spoke to the nation again Monday night and spoke of  “major” and “very dramatic” economic plans as a result of the coronavirus outbreak.

Trump said he would go to Capitol Hill on Tuesday and ask for Congress to approve a payroll tax cut and relief for hourly workers to combat the economic damage the disease has inflicted. The remarks were made after stock markets slid toward bear market territory amid coronavirus fears and an oil price war between Saudi Arabia and Russia.

“We are going to take care of and have been taking care of the American public and the American economy,” Trump announced at the start of the briefing. “We’re going to be working with companies, small companies, large companies, a lot of companies so they don’t get penalized for something that is not their fault.”

After President Trump left following his opening remarks Treasury Secretary Steven Mnuchinin and the rest of the task force took some questions from the media. Mnuchinin responded to the recent fall in the stock market and he reiterated that “this is not like the financial crisis” and said the administration was prepared to use all of its tools to address the economic challenges.

“Our primary focus is there are parts of the economy that are going to be impacted, especially workers that need to be at home hard-working people who are at home under quarantine or taking care of their family we’ll be working on a program to address that,” Mnuchinin said.

Mnuchin also hinted at some actions from the Internal Revenue service.

“We are looking at alternatives at the IRS,” said Mnuchin, “We have large tax payments coming up of providing certain relief to companies and individuals for liquidity.”

Trump and Mnuchin both suggested help is on the way for small businesses as well.

“We will also be working with small businesses who need liquidity through SBA programs,” said Mnuchin.

Meanwhile, Trump promised that his administration was “working” with the airline, cruise and hotel industry, which have been ravaged by coronavirus fears.

“It is not their fault, it is not our country's fault. This is something that we’ve been thrown into,” the president said before turning over the remainder of the briefing to Vice President Mike Pence and his task force.

Stock futures were on the way up after the president's remarks.

The concern from state and local governments centered on the availability of testing kits. Pence said that commercial labs such as Quest and LabCorp “have already brought a test forward and (are) taking that to market effective today.”

The vice president, who is the leader of the task force, said that one million tests had been distributed and four million more will be available by week’s end. “We literally are going to see a dramatic increased in the availability of testing,” said Pence

Trump said he would hold a news conference on Tuesday with more details after meeting with Congress.

As the Trump task force held its briefing House Speaker Nancy Pelosi sent a letter to Democrats in Congress informing them of a statement she and Senate Minority Leader Chuck Schumer released "calling on the Administration to prioritize the health and safety of American workers and their families over corporate interests" during this crisis.

In the letter Pelosi outlined a plan for several actions including paid sick leave, enhanced unemployment insurance and "widespread and free" coronavirus testing.