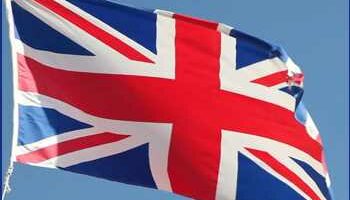 UK employment increased significantly in June as the relaxation of many coronavirus restrictions helped employers to expand their operation, data from the Office for National Statistics showed on Thursday.

Payroll employment increased sharply by 356,000 to 28.9 million in June. However, it remained 206,000 below pre-coronavirus pandemic levels.

From April to June, there were an estimated 862,000 job vacancies, with growth of 38.8 percent compared with last quarter.

The ONS said the most recent data show the labor market continuing to recover.

During March to May period, average total pay including bonuses grew 7.3 percent, faster than the 7.1 percent increase expected by economists.

Data showed that claimant count decreased by 114,800 in June from May. The rate dropped to 5.8 percent from 6 percent in May.

May’s figures paint a picture of a labor market well on its way to recovery and will further fuel concerns about labor shortages and the possible boost to inflation from higher wage growth, Ruth Gregory, an economist at Capital Economics, said. But past revisions to the data suggest there is still slack in the jobs market.

Further, the economist said that a sustained rise in pay growth would not take place until 2023 and that an interest rate rise is further away than the financial markets think.

The recruitment difficulties faced by firms go well beyond temporary bottlenecks and with many facing an increasing skills gap, staff shortages may drag on any recovery, Thiru noted.

BCC head added that the jobs market is moving into a more turbulent period with unemployment likely to drift moderately higher in the near term as the furlough scheme winds down and those who stopped looking for work during covid return as restrictions end.