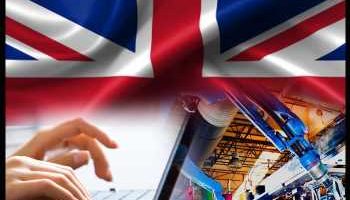 The UK private sector logged its record decline in business activity in March amid emergency public health measures to contain the spread of coronavirus, a private survey showed Tuesday.

The flash IHS Markit/Chartered Institute of Procurement & Supply composite output index fell to a record 37.1 in March from 53.0 in February. The reading was also below the forecast of 45.1.

This was the fastest downturn in private sector business activity since the series began in January 1998 and it worse than the 2008-09 global financial crisis.

The services activity slumped to its lowest since the series began in July 1996. The flash services Purchasing Managers’ Index declined to 35.7 from 53.2 a month ago. The expected reading was 45.0.

Manufacturing output dropped at the fastest pace since July 2012. The flash manufacturing PMI came in at 48.0 versus 51.7 in the previous month and below forecast of 45.0.

“The surveys highlight how the COVID-19 outbreak has already dealt the UK economy an initial blow even greater than that seen at the height of the global financial crisis,” Chris Williamson, chief business economist at IHS Markit, said.

The March survey reading is consistent with GDP falling at a quarterly rate of 1.5-2.0 percent, a decline which is sufficiently large to push the economy into a contraction in the first quarter, Williamson noted.

“The fall in the March PMI probably understates the loss to GDP we are likely to see in the short-term,” James Smith, an ING economist said.

However, the hope is that the fiscal measures announced over the recent days – in particular those announced last Friday to pay 80 percent of firms’ wages amid the closures – will help foster a smoother rebound when the containment measures are unwound, the ING economist noted.

According to IHS Markit, new orders in the private sector declined at the sharpest pace since late 2008. Moreover, business expectations for the year ahead slumped to the lowest seen since this series was made available in 2012.

Further, the survey signaled a fall in employment across the manufacturing and services to an extent not seen since July 2009.