Unions again play a central role in corridors of power

Welcome back to a tripartite world, where Labor has returned to power and its union mates are back inside the tent – and at last week’s jobs summit could be seen moving in their furniture. For those who don’t remember the 1983 glory days of Bob Hawke, Paul Keating, consensus, the Accord, and former ACTU secretary Bill Kelty as an honorary member of the cabinet, it will take some getting used to. 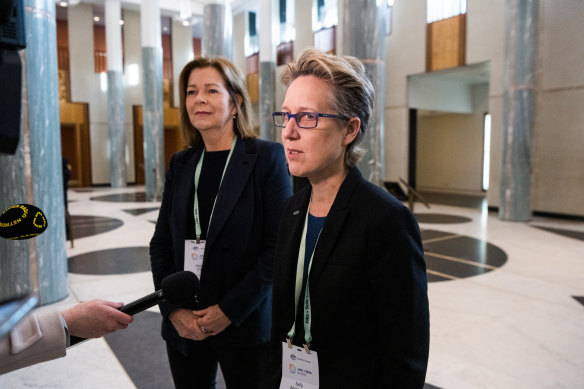 For those who’ve been watching only since the John Howard era, it may even seem unnatural. One of Howard’s first acts upon succeeding Hawke and Keating in 1996 was to delegitimise the unions.

He allowed the tripartite committees to lapse, and didn’t reappoint the ACTU secretary to the board of the Reserve Bank. I doubt if many even informal links between ministers and union leaders continued.

The Libs didn’t know the union bosses, and didn’t want to know ’em. They were the enemy – always had been, always would be. Big business bosses, on the other hand, would be privately consulted and were always welcome to phone up for a quiet word with the minister.

This, by the way, helps explain the Reserve Bank’s pro-business bias. Its board is loaded with business worthies – who are there to help keep the central bankers’ feet on the ground – and its extensive program of regular and formal “liaison” with key firms and industries, doesn’t include asking union leaders what they think’s happening.

What all agreed at the summit is that Labor has taken over an economy with many structural problems that need fixing.

If you wonder why Reserve governor Dr Philip Lowe’s remarks about wages can sometimes seem naive – even out of “boomer fantasy land” – it’s because he only ever hears the bosses’ side of the story. And I doubt if they ever shock his neoclassical socks by talking about how they exercise their market power.

It’s easy to justify the Liberals’ delegitimation of the unions by noting that, these days, only about 14 per cent of employees belong to a union. But if you find that argument persuasive, you’re revealing your ignorance of our wage-fixing institutions.

Most workers are subject to an industrial award, and there’s a union (and an employer or employer group) on one end of every award, and almost every enterprise agreement. In the Fair Work Commission’s annual wage review – which sets the wages of about a quarter of all employees – it’s the ACTU that stands against the employer groups arguing that times are tough, and they couldn’t possibly afford a rise of anything much.

So, to say the unions have what economists would call a giant “free-rider” problem – a lot of people happy to receive benefits without paying for them – is not to say they shouldn’t be given a seat at the table.

Liberals, business and their media cheer squad may be appalled by sanctification of the unions, but at least Labor’s making it clear it wants business to keep its seat at the table. It will be consulted. This too is Labor’s inheritance from the Hawke-Keating experience: to the extent possible, keep business on side.

The ACT’s second-biggest industry – lobbying – will be busier than ever. It’s third-biggest – consulting – not so much.

What all agreed at the summit is that Labor has taken over an economy with many structural problems that need fixing. Not the least of these is that the wage-bargaining system is broken.

What we learnt last week, from everything ministers said and from the 14-page “outcomes document” is that, in marked contrast to its predecessor, Labor does intend to fix things.

The whole summit, tripartite business is about giving all the key players a say in how things are fixed, giving them a heads-up on the government’s intentions, and an introduction to the minister. About winning support – or, at least, acquiescence – from as many of the powerful players as possible, to minimise the political risks of making changes.

Under Labor’s tripartism, the three parties aren’t equal. The government will, in the end, do what it decides to do. The unions start well ahead of business, because of their special relationship with a Labor government.

They have a further advantage over business: solidarity. The many unions are used to speaking with one, unified voice through the ACTU, whereas business fractures into big versus small, and rival employer groups. The unions know all about playing one business group off against another.

What business has to decide is whether it wants to stay in the government’s tent or walk out. Because, in business, pragmatism usually trumps idealism, my guess is that business will play ball for as long as Labor looks like staying in office.

After the summit ended, the ACTU’s statement said it had always “been clear that we need to get wages moving and increase skills and training for local workers in order for unions to support lifting skilled migration levels. We welcome that this summit has delivered those commitments.”

It was all a talk fest? No, a deal was done and that quote reveals just what the deal was. However, a big part of the business side didn’t support fixing the wage-bargaining system by returning to “multi-employer” bargaining.

What’s clear is that the government will be pressing on with some form of multi-employer bargaining. What isn’t yet clear is what that form will be. Until it’s finalised, business will be busy inside the tent pushing for whatever modifications it can get.

Historically, the unions set up the Labor Party to be their political arm. To this day, those unions that pay dues to the Labor Party still wield considerable influence over it and the members of the federal parliamentary caucus.

Labor parliamentarians are affiliated with particular unions, which gives some of the bigger unions considerable influence over preselections, on who gets to stay leader of the party, and on certain policy matters.

When Labor is in government, businesses in certain industries use their unions to get to the government. This explains why Labor governments haven’t done as much as they should to tighten up our competition law.

And whereas Howard left the Libs with a visceral hatred of industry super funds, Labor’s links with the unions – and the unions’ links with the ticket-clippers of the super industry – mean it can’t always be trusted to favour the interests of super members over super managers.

Fascinating answers to perplexing questions delivered to your inbox every week. Sign up to get our new Explainer newsletter here.