Varney: Media hated Nixon and sympathized with protesters in 1968

FOX Business’ Stuart Varney, in his latest “My Take,” argues that the year 2020 is panning out to be very similar to 1968 – with protests breaking out during an election year.

“2020, clearly a tumultuous year, and we're only halfway through,” he said. “Still to come: the summer. The end of the lockdown and the presidential election. And who knows what else!”

Varney said 1968 was also a tough year for Americans who were experiencing the Vietnam War, urban riots and assassinations.

“It was a presidential election year, too, and Republican Richard Nixon won,” he said. “He had campaigned as the ‘law and order’ president. You see the parallel emerging with 2020?” 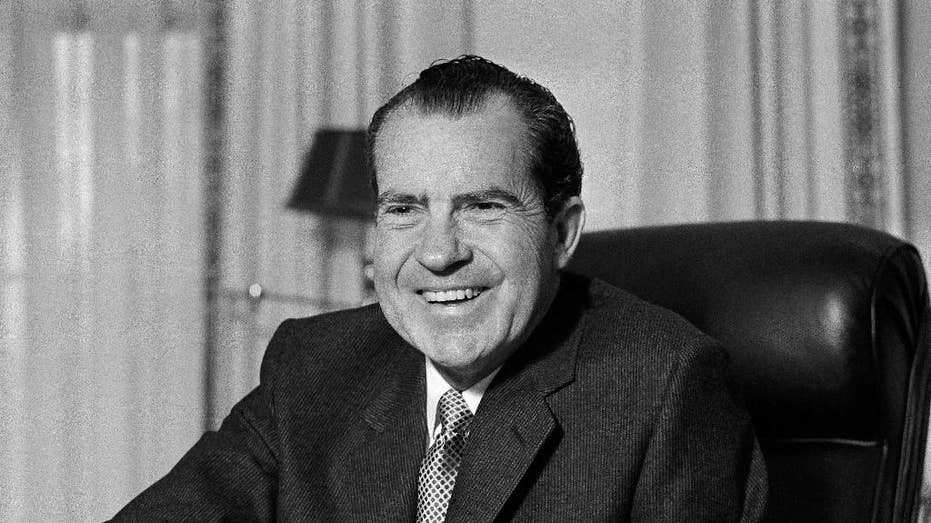 In another parallel, Varney pointed out that President Nixon won the popular vote and the electoral college due to support from the “silent majority,” but the media hated him.

“They mocked him. They sympathized with the ‘protesters,’ even as they were burning and looting America’s cities,” he said. “Fast forward to today: the media hates Trump. They mock him. They support protests but say little about rioting and looting. They seem to have no idea about what the rest of America is thinking.”

“They must think we're stupid. Actually, that’s exactly what the elites think,” he said. “They should remember the lessons of 1968: burning down cities does long term damage. Rioting and looting doesn't go down well. And presidents who pledge to bring back the rule of law, win.”