Why 2020-21 could provide your biggest tax refund yet

This year’s annual tax return will be unprecedented for most taxpayers in many ways.

With more than 3.5 million people on JobKeeper after losing their jobs or experiencing major cuts to their hours worked at their Coronavirus-induced peak, it is likely many people will have earnt far less in this financial year. 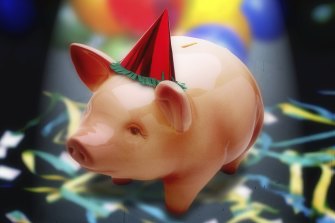 About 40 per cent of Australians are working from home, opening up a range of new potential tax deductions.Credit:Karl Hilzinger

More than 40 per cent of Australians are also working from home, opening up a range of new potential tax deductions.

According to one tax expert, the unprecedented combination of these factors plus tax cuts offered by the federal government for many people means more than half of taxpayers can expect their biggest tax refund ever this year.

Chartered accountant Adrian Raftery, author of 101 Ways to Save on Your Tax – Legally!, says that with the Stage 2 income tax cuts being retrospectively brought forward by two years in last year’s Federal Budget, most taxpayers can expect to recover extra tax that they paid in the first half of the 2020-21 financial year when they lodge their annual tax return.

“Taxpayers earning up to $120,000 a year will be taxed $2430 less than they would have under the previous tax rates, plus they will receive an extra $180 for the [reinstated] low-to-middle income tax offset,” Raftery says.

However, be careful when estimating your working-from-home tax deductions says David Rosenthal, from Judge Accountants, because the Australian Taxation Office (ATO) has signalled that it has them firmly in its cross hairs this year.

“The ATO has indicated that it will be reviewing these items in great detail,” Rosenthal says.

There are three different methods for calculating your working-from-home expenses.

The shortcut method – introduced in the wake of COVID-19 during the 2019-20 tax year – has been extended by the ATO to cover this financial year and is the simplest. You just keep a diary of how many hours you worked from home and multiply that number by 80 cents. This translates to about $1600 in deductions over the year if you worked a 40-hour week.

More complicated, older techniques include the fixed-rate method and the actual-costs method. They could result in bigger deductions but it is best to ask your accountant or tax agent if they are suited to your personal circumstances.

How you apportion your bills to work versus home is also highly important.

“If I was an ATO auditor and was looking at someone’s claims, an absolute red flag would be them claiming 100 per cent of internet or mobile [phone] bills, because there is a private portion for them – unless they have a second phone for purely personal purposes,” Raftery says.

With a disclaimer that each person and each profession is different, he estimates as a rough guide that the average percentages of bills claimed would be:

Similar proportions can be claimed for a new laptop, phone or desktop monitor but “if it costs more than $300 then you must depreciate it over the effective life” of the hardware, Raftery says.

What else can you do now to make this your biggest tax return yet?

For businesses, Rosenthal says “the instant asset write off now has no limit, meaning you can buy any size asset you want and get a full deduction upfront.” For small businesses, this also includes second-hand assets.”

Joel Gibson is the author of KILL BILLS. Catch his money saving segments on Nine Radio, TODAY and Twitter @joelgibson