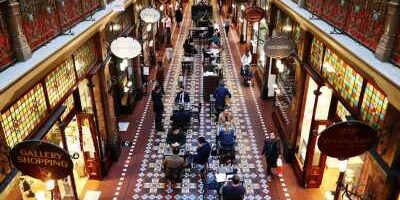 Yay! OECD boffins find a new and better reason to increase the GST

You can see this in the Organisation for Economic Co-operation and Development’s latest report card on our economy, the first since 2018. To be fair, the rich-nations’ club’s list of important reforms included much more than tax. But tax was front and centre of news reports in the financial press. 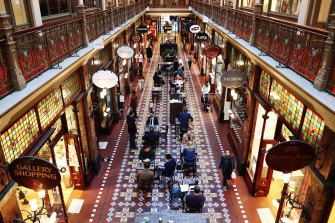 The OECD advises expanding the GST to pay for health, ageing and education.Credit:Bloomberg

In particular, it seized on the outfit’s recommendation that we either increase the rate of the goods and services tax, or broaden the range of goods and services to which it applies, and use the proceeds to cut the rates of income tax. Good one! Yay! Let’s do it!

But hang on. Haven’t we heard this tune before? Yes, we’ve been hearing it for years. And haven’t both sides of politics made it clear it’s not on their list of promised reforms?

Yes, they have. But federal politics has degenerated to the point where both sides have not one controversial reform on their to-do list. That’s what inspiring, ambitious leaders our politicians have become. But all the more reason the rest of us should be writing our to-do lists for them. Let ’em know there’s work they should be doing.

Starting with the economists, their obsession with taxation comes from their favourite, “neo-classical” model of how our market economy works. In every market you have a contest between demand on one side and supply on the other.

What brings the two sides into balance is the “price mechanism”. The price of the item in question goes up or down until demand and supply are equal. This is why, if economists wore T-shirts, they’d say Prices Make the World Go Round.

To a neo-classical economist, prices are the great source of incentive, the great motivator. And, to them, a tax is just another price. So governments’ control of what’s taxed and at what rate gives them huge power to change the behaviour of producers and consumers in ways that make the economy work better – or worse.

Well, yes, there’s some truth in that. But maybe not as much of it as the economists’ grossly oversimplified model of the economy leads them to believe.

As for big-business people, their obsession with taxation, and income tax, in particular, comes because they pay so much of it. Almost all their proposals, invariably marketed as great for “the economy,” involve them paying less and everyone else paying more.

It’s notable, however, that whereas business people see the greater revenue from an increased GST being used to cut income tax rates on higher incomes, the OECD boffins see it being used to cut the tax on low and middle incomes.

Federal politics has degenerated to the point where both sides have not one controversial reform on their to-do list.

Why? Because income tax is the tax system’s main “progressive” tax – that is, as incomes rise from the bottom to the top, the rate of tax people are required to pay gets progressively higher, whereas “indirect” taxes such as the GST are “regressive” – they take a higher proportion of lower incomes than higher incomes.

So, the organisation’s boffins argue, the fairness of the tax system overall could be preserved by giving proportionately higher cuts to low and middle income-earners than to higher income-earners. Not what the Business Council had in mind.

The boffins advance their usual argument for changing the “mix” of federal taxes, raising a higher proportion from the GST and a lower proportion from personal income tax. Relative to the organisation’s other member-countries, they say, we are much less reliant on taxes on goods and services.

This is true. What’s not true – provided you compare apples with apples – is that we rely far more heavily on income tax collections than the others do.

No, the real standard argument for reducing income tax’s share is that the high “marginal” tax rates imposed on the last part of high income-earners’ incomes discourage them from working and innovating as much as they otherwise would.

The mainly older and more powerful men paying the top tax rate (as I do) have no trouble believing this to be true, as neo-classical theory says (sort of). Trouble is, there’s little empirical evidence that the theory accurately describes the real world.

Indeed, the empirical evidence says it’s mainly “secondary earners” – such as mothers deciding whether it’s worth moving from part-time to full-time work – who are discouraged from doing more paid work. The old well-paid men have never worried much about them.

So the conventional arguments for changing the tax mix aren’t very convincing. But the boffins have come up with a new and more convincing reason to increase our reliance on the GST: to ensure the total tax system remains able to raise all the revenue we’ll need to cover the ever-growing demand for government spending, particularly on health, ageing and education.

They point out that, left to their own devices, our reliance on the GST will decline in coming decades (because it doesn’t tax the fastest growing classes of consumer spending), whereas reliance on income tax will increase (because of unreturned bracket creep).

But, as well as adding to government spending on the age pension, health care and aged care, the ageing of the population – read the retirement of the baby boomers – means more of the population (even people like me, who’ll be very comfortably off) will be paying little income tax. That’s mainly because income from superannuation is hardly taxed.

This will mean much pressure for those people still working to make up the shortfall by paying higher rates of income tax – far higher rates than retired people with the same income are paying. Unless, of course, we extract more from the comfortably retired by at least requiring them to pay higher GST as they spend their largely untaxed public and private pensions.

Ross Gittins is the economics editor.