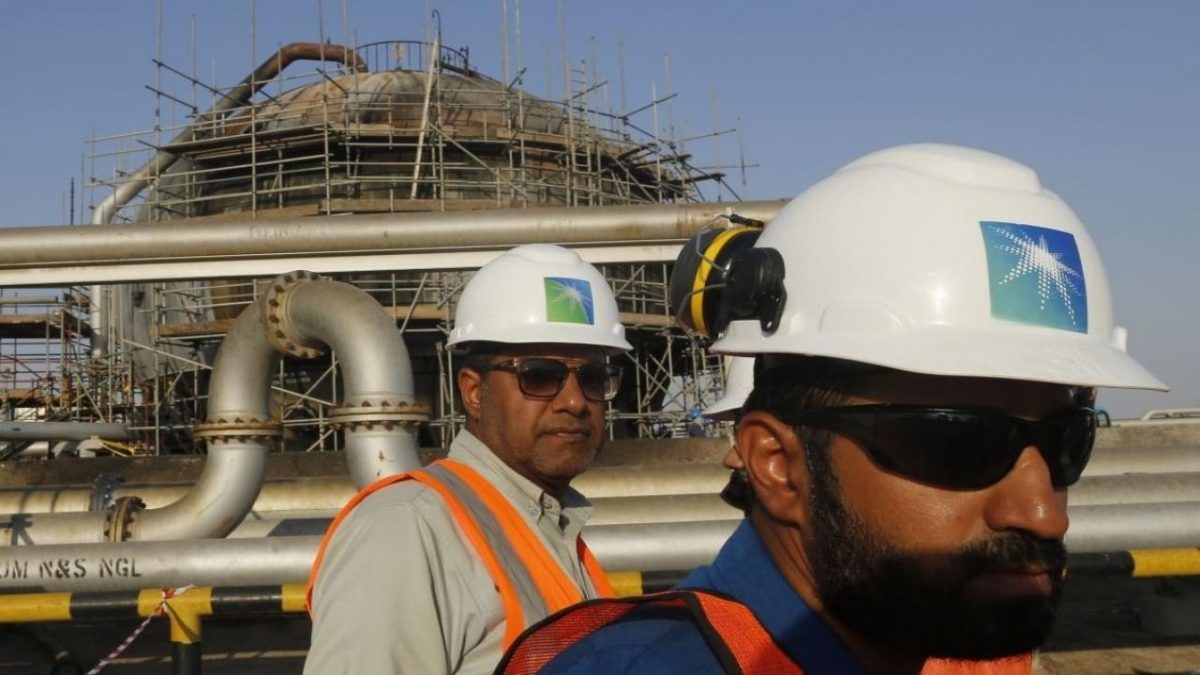 While Saudi Arabia and Russia dig their heels in on an oil price war, the Trump administration is admonishing them for actions that are harmful to the global economy. In a rare rebuke, the Department of Energy issued a statement that said, "attempts by state actors to manipulate and shock oil markets reinforce the importance of the role of the United States as a reliable energy supplier to partners and allies around the world."

President Trump slammed OPEC plus in a tweet, blaming them for the stock market selloff, the worst since 2008 on Monday, and now is looking to take advantage of what was an ill-advised shock to global markets. U.S. Treasury Secretary Steven Mnuchin even had an emergency meeting with the Russian ambassador in Washington, Anatoly Antonov. He followed up with a statement and emphasized "the importance of orderly energy markets" to the Russian ambassador.

The administration that recently put sanctions on Russia's largest oil company Rosneft for helping Venezuela skirt U.S. sanctions. The Trump administration warned ships that turn off their transponders to avoid detection could be at risk of seizure. Ships often turn off their transponders when they want to hide the origin of their cargo like sanctioned oil.

What is very clear is that the oil price war triggered by Saudi Arabia when Russia failed to give in to their demands has caused havoc, and global markets were an irrational and dangerous act. OPEC, led by Saudi Arabia, has been trying to sell the world on the fact that they are not an evil cartel but an organization that acts as a central bank for global oil markets. They tried selling us on the fact that they were a benevolent organization that was not really in this for their interest but just trying to regulate the oil market for the good of consumers and producers.

Of course, that might have been plausible before Saudi Prince Mohammed Bin Salman threw a temper tantrum. While Russia suggested that they would extend production cuts as opposed to joining OPEC in an additional reduction of 1.5 million barrels. Yet Saudi Arabia said if the Russians did not go along, there were going to take their barrels and go home. That move destroyed their credibility and that of the group and reports that even Russia had ulterior motives to get back at the Trump Administration for targeting Vladimir's favorite oil company Rosneft. Talk that Russia rebuffed Saudi Arabia for the express purpose of targeting U.S. producers in a tit for tat only further hurts Russia's credibility as well.

Yet Trump will do what it takes to stand firm against this assault against U.S. energy. There is talk that the administration could assist beleaguered U.S. energy companies with cash. The  U.S. Energy Secretary, Dan Brouillette suspended on Tuesday the sale of 12 million barrels of oil that was scheduled to be sold out of the Strategic Petroleum Reserve. (SPR)

I would expect, based on history, that Trump will not take this assault on the global economy by OPEC and Russia standing down. Perhaps the Department of Energy said it best when in that statement, they said, "The growth of the unconventional oil and gas industry in the United States has led to a more secure, resilient, and flexible market. Thanks to President Trump's pro-growth policies, America will remain the number one energy producer in the world. By prioritizing pro-growth reforms to tax, labor, regulation, energy, and healthcare policy, the U.S. economy is more resilient than ever.”

Phil Flynn is senior energy analyst at The PRICE Futures Group and a Fox Business Network contributor. He is one of the world's leading market analysts, providing individual investors, professional traders, and institutions with up-to-the-minute investment and risk management insight into global petroleum, gasoline, and energy markets. His precise and timely forecasts have come to be in great demand by industry and media worldwide and his impressive career goes back almost three decades, gaining attention with his market calls and energetic personality as writer of The Energy Report. You can contact Phil by phone at (888) 264-5665 or by email at [email protected]