All retail bankruptcies are not the same. Here's what you need to know

New York (CNN Business)Reality is finally settling in on Wall Street Thursday. Stocks took a nasty tumble because of growing concerns about a second wave of Covid-19 cases. But the broader market is still up sharply since March — and some of the biggest winners, oddly enough, have been shares of companies that have filed for bankruptcy.

Sure, the so-called FAANG stocks of Big Tech helped lead the overall market’s comeback.
But companies like Hertz (HTZ), JCPenney (JCP), Pier 1 (PIRRQ), Whiting Petroleum (WLL) and Diamond Offshore (DO) have all enjoyed spectacular pops in the past few weeks before plunging back to earth in recent days.

A group of more than a dozen bankrupt firms’ stocks are up nearly 50%, on average, over the past two weeks, according to data from Investor’s Business Daily and S&P Global Market Intelligence. Most of them are still well below their all-time highs, though. 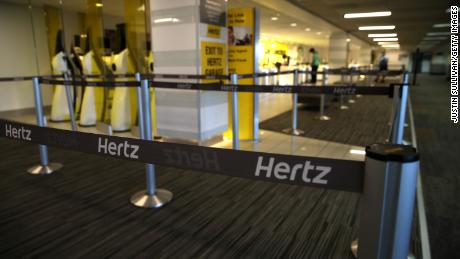 And other speculative stocks like natural gas firm Chesapeake Energy (CHK) — which is rumored to be on the verge of filing for bankruptcy protection — and China’s Luckin Coffee (LK), a company that fraudulently inflated sales and could be delisted.

What the heck is going on? Experts speculate that bankrupt stocks have become easier for risky stocks to trade following the wave of online brokerage firms — such as Charles Schwab (SCHW) — that eliminated trading fees last year.

“Since Schwab went to $0 commissions, the lowest priced stocks have been huge outperformers,” said analysts at Bespoke Investment Group in a report this week.
The Bespoke analysts pointed out that stocks with the lowest share prices — so-called penny stocks which include many of the companies that have filed for Chapter 11 — have substantially outperformed the market in the past few months.
“This looks like plausible evidence that smaller traders are playing at least some role in the performance of the market,” the Bespoke analysts added.
Data from Robintrack, a firm that follows holding patterns of traders using the popular investing app Robinhood appears to bear this out as well.
According to Robintrack, both Hertz and Luckin are among the top ten stocks being traded on Robinhood in the past month.
Short-term traders also seem to be betting that all the stimulus from the Federal Reserve and Congress will help boost the economy — as will hopes that more states and cities are getting back to business as normal. So riskier stocks, the argument goes, could rise even more substantially. 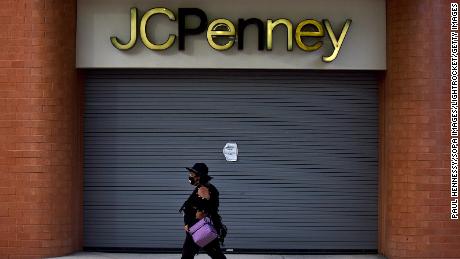 “Leadership has been driven by gains in stocks levered to the reopen and recovery, with hints of fear of missing out,” said Mark Hackett, chief of investment research at Nationwide, in a report.
“This has been highlighted by big gains in companies that have recently filed for bankruptcy protection and companies with no earnings,” Hackett added.

Of course, this is extremely dangerous and reckless behavior on the part of investors.
For one, holders of bankrupt stocks are last in line behind bondholders and other creditors when it comes to getting paid back as part of any Chapter 11 reorganization.
Whats more, the shares of a bankrupt company are often wiped out entirely and new stock is issued.
And there’s no guarantee that a bankrupt company won’t run into more trouble down the road once it sheds its debt.
Some companies have gone bankrupt a second time, such as American Apparel, Fairway, Barneys and RadioShack. That has earned them the unfortunate nickname of Chapter 22 companies. 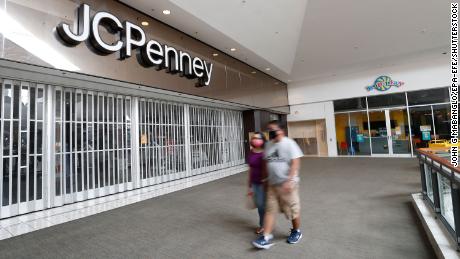 But traders seem to be betting that the Fed will rescue bankrupt firms. After all, the central bank is now investing in high-yield bonds and junk bond ETFs.
“The risk of insolvency has dropped significantly and investors do not seem worried about the near-term future. Surprisingly, that is also the case with bankrupt companies,” said Hussein Sayed, chief market strategist at FXTM, in a report.
“The Fed is now committed to keeping interest rates near zero until at least the end of 2022 and using all its tools to support the economy. This could translate into further speculative bets,” Sayed added.
Still, it’s also important to recognize the big difference between trading — trying to profit from a quick pop — and investing for the long haul.

The types of investors buying and selling shares of companies like Hertz and JCPenney are unlikely to be buy and hold types who could be nursing losses of up to 90% or more on bankrupt stocks.
“For distressed asset investors, this is like a new lease on life. But are these companies all of a sudden a viable business? No. Still, short-term traders can make money,” said Deepak Puri, chief investment officer for the Americas with Deutsche Bank Wealth Management.
Source: Read Full Article