The corporate watchdog has launched two new court cases against the Commonwealth Bank over misconduct exposed at the Hayne royal commission, as it ramps up legal action sparked by the powerful legal inquiry.

The Australian Securities and Investments Commission (ASIC) on Monday said it had taken Federal Court action against the bank over one case involving overcharging, and another involving a credit increase granted to someone who had told the bank they had a gambling problem.

CBA on Monday signalled it would settle both cases, as it also apologised. 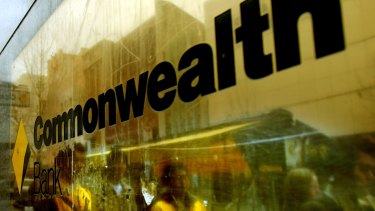 In one of the cases, ASIC said it would seek a $5 million penalty over thousands of alleged breaches of the law because the bank failed to give customers the benefits it had promised as part of a package deal.

ASIC said that CBA had failed to pass on fee waivers, bonus interest on deposits, and interest rate discounts that it had promised to customers as part of a AgriAdvantage Plus Package, which it sold for a decade to 2015.

ASIC alleged 8,659 customers were harmed by the bank's failures, which were caused by overly manual systems. The bank benefited to the tune of $8 million, ASIC said.

CBA chief executive Matt Comyn said such failures were "unacceptable," and the bank had reported the problem to ASIC in 2014 and paid about $8 million in refunds.

“We apologise to those customers who at the time didn’t receive their AgriAdvantage Plus package benefits or were overcharged fees," he said.

It is rare for ASIC to specify the penalty it is seeking in such cases, but the action was launched amid massive falls in bank shares as markets panic over the impact of the coronavirus pandemic. ASIC deputy chairman Daniel Crennan QC told The Sydney Morning Herald: "We have taken the unusual step of identifying the penalty given the state of the market, and because a mathematical calculation over the fine would have been quite misleading."

In the other case, ASIC said CBA had offered and approved a credit card limit increase for a customer who had told the bank he had a gambling problem. ASIC said this meant the bank had breached credit laws, which require banks to make "reasonable inquiries" of their customers when lending money.

Mr Comyn said said the bank had not done the right thing by the customer, and apologised.

"In recent years we have implemented a number of changes to support our customers’ needs. The combination of support services and customer initiated transaction blocks, now provides our customers with greater control over their access to credit,” Mr Comyn said.

Mr Crennan commended the bank for stating it would not fight the cases. "That is concordant with our expectations when large entities are dealing with these legacy cases," he said.