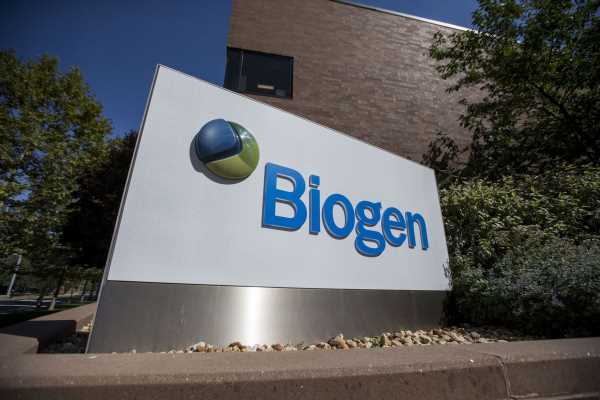 Biogen Investors Face Next Test in Gamble on Alzheimer’s Disease

Investors betting on Biogen Inc.’s back-from-the-dead Alzheimer’s drug are approaching a key hurdle in a wild saga that has already spanned nearly a year.

The next test for bulls and bears is how U.S. regulators respond to the company’s drug application in the coming months. Acceptance of the filing with a priority review designation would signal to Wall Street that the Food and Drug Administration urgently wants to approve a medicine for Alzheimer’s disease. On the other hand, a standard review could give investors pause and an agency refusal to review the application would stop momentum in its tracks and send shares spiraling.

The stakes are high for Biogen. The company’s market value grew by almost $11 billion in October when it revived hopes for the drug, aducanumab. The stock had plummeted back in March after declaring a late-stage study as a failure. But upon further review, Biogen and partner Eisai Co. found signs some patients may have benefited from treatment and conversations with the FDA invigorated them to proceed with an application based on new analysis.

“It all comes down to FDA’s willingness to approve a novel therapy with a debatable dataset in a disease that affects millions of patients,” said Guggenheim Securities analyst Yatin Suneja in a January phone interview. While the data are “very complex,” he sees a fair chance that aducanumab wins U.S. approval.

Once the agency starts a review, it could be anywhere from six to ten months before it reaches a decision whether to allow the drug on the market. There are an estimated 5.8 million Americans with Alzheimer’s disease and that number is expected to rise to nearly 14 million by 2050, according to an annual report from the nonprofit Alzheimer’s Association. Aducanumab could be the first approved treatment to slow progression of the disease.

Biogen’s decision to submit the drug to regulators just months after halting studies that suggested the medicine didn’t work was met with shock on Wall Street. The about-face also came three weeks after the biotech’s head of research and development announced plans to leave the Cambridge, Massachusetts-based company. Just days ago, Biogen’s head of early research and development, Anirvan Ghosh, also left the company.

The bold move to pursue approval led some analysts to quickly upgrade Biogen’s shares, highlighting the potential for billions of dollars in sales. Others say more proof is needed.

The treatment has been shown to reduce the levels of plaque in the brain of Alzheimer’s patients, the primary hallmark of the disease. Whether that leads to any benefit has been a topic of heated debate among researchers.

“I’d argue they failed to hit their internal criteria,” Baird analyst Brian Skorney said of Biogen’s studies. The FDA should “stop it in its tracks and require at least one additional study to confirm the benefit” of aducanumab before it’s approved.

Biogen has said it does not expect to present additional data prior to the FDA’s decision, however, it is working on a study that will re-dose patients who were previously being studied. Biogen Chief Medical Officer Al Sandrock said on the company’s earnings call that the study is being done for “humanitarian reasons” given patients’ desire to stay on the drug.

The company hasn’t been clear on what it would do in the event FDA rejects its application. However, Biogen, along with Eisai, talked up studies for a different Alzheimer’s medicine, BAN2401, on a quarterly call and pointed to their dedication to finding treatments for the disease.

For investors, timing is critical. Biogen finished 2019 as one of the worst performers in the S&P 500 Health Care Index, and some analysts have said the company may need an aggressive dealmaking strategy if the bet on Alzheimer’s doesn’t pay off.

Biogen has been on the frontier of drug development for diseases attacking the brain and central nervous system and most recently inked a pact with small-cap drug developer Sangamo Therapeutics Inc. that comes with up to $2.37 billion in development milestones. Biogen also inked a $75 million deal to buy a Pfizer Inc. drug candidate for Alzheimer’s in January.

The verdict may ultimately come down to politics. Investors and analysts say the FDA may be moved to approve aducanumab because of the potential benefit to President Donald Trump in an election year.

If Biogen is granted a priority review, a decision could come around the November election.

Mizuho analyst Salim Syed said an approval would be a “slippery slope” given the data to date. However, the agency is “effectively a black box” with ample arguments to justify a decision either way, he wrote in a research note on Feb. 25.

Biogen’s $55 billion in market value places it among the five largest U.S.-based biotechnology companies. BlackRock, PrimeCap Management and Vanguard Group are among the heavyweight investment advisers with big positions in the company. Hedge funds including AQR Capital Management, Arrowstreet Capital and DE Shaw & Co. also have millions riding on the drugmaker’s success.

Options set to expire on April 3 show an anticipated share price move of about 10% in either direction. Currently there is a slight premium to implied volatility, which stands at about 43%, versus a three-month historical average of about 40%.

The FDA has a mixed record on new drugs for deadly and untreated diseases. When discussing aducanumab, people often point to the regulatory experience with Duchenne muscular dystrophy. In 2016, the agency rejected a medicine from BioMarin Pharmaceutical Inc. while a competing therapy from Sarepta Therapeutics Inc. wound up being approved.

FDA approval for aducanumab could reignite interest in companies that have struggled to show benefits with other medicines that target amyloid plaque in the brain. Those drugmakers include Eli Lilly & Co., AbbVie Inc. and Roche Holding AG.

— With assistance by Gregory Calderone