The world's largest asset manager BlackRock has called on governments globally to move quickly and relieve cash flow pressures faced by various sectors of the economy or risk a "full-blown global recession" from the coronavirus pandemic.

In a policy paper published on its website, the US$6.9 trillion ($11.63 trillion) fund manager warned against a reliance on monetary policy – adjustments to interest rates and quantitative easing – claiming it could "backfire" and said the impact of the coronavirus pandemic on the economy "will likely be sharp – and could be deep". 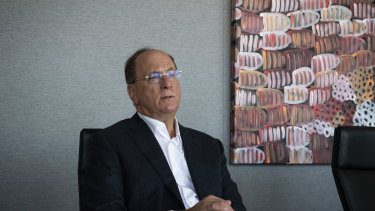 Eight BlackRock economists and advisors contributed to the paper, including head of BlackRock's investment institute Jean Bolvin and senior advisor Stanley Fischer, who said there needs to be a globally coordinated economic approach that used aggressive, temporary measures.

"Authorities in all major economies have to fast-track sizeable, comprehensive and flexible support programs to pre-emptively provide direct financial support to companies and households facing a short-term loss of income," it said. "That would prevent these temporary disruptions from turning into a full-blown global recession."

The economists said the only way to address the downturn gripping countries globally is to make fiscal policy an explicit part of the "crisis response toolkit".

Health agencies needed to be prioritised for public funding, BlackRock said, but warned businesses would not be able to rely on financial market mechanisms for support and rather needed direct government relief from cash flow pressures.

BlackRock added that governments should look to suspend tax collection and social security contributions to provide temporary relief to businesses and self-employed workers. "In some instances, cash grants via local governments and natural disaster relief agencies might be required beyond loans."

"These are ways to directly provide some relief to company balance sheets that can be quickly implemented within current government programs."

The fund manager also suggested monetary authorities should be "ready to deploy" direct and targeted liquidity support for banks to ensure corporate lending does not dry up.