Buy now, pay later (BNPL) contender Limepay’s path to an initial public offering is looking less certain with the resignation of the fintech’s co-founder and investors increasingly wary of outfits trying to replicate the success of market leader Afterpay.

Limepay was founded by Tim Dwyer, Dan Peters and Josh Edis in 2016 and the trio began talking up a listing last year after appointing advisers and raising nearly $30 million from institutional and venture capital investors.

However, with the heat coming out of the IPO market and Mr Peters quitting abruptly last week, Limepay has been forced to reconsider the timing of when it lands on the ASX. 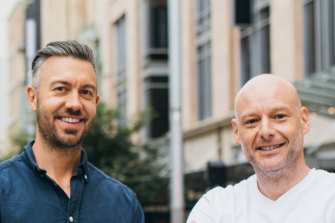 Limepay allows retailers to operate their own BNPL platform, providing them with the framework that can then be “white labelled” and branded as their own.

The day after Mr Peters quit, Limepay co-founder Mr Edis and financial adviser Peter Gaidzkar went ahead with a presentation – titled ‘Limepay’s journey to IPO and beyond’ – at the Intersket fintech conference in Melbourne, where Mr Gaidzkar fielded questions on whether the company had missed the boat on a potential IPO.

“It was a super hot market last year,” Mr Gaidzkar told attendees. “There’s certainly been some businesses in the sector that aren’t performing as well. This year I think from Limepay’s point of view, it’s a sort of wait-and-see approach.”

On the sidelines of the conference, Mr Edis maintained Limepay’s IPO was still on track despite Mr Peters’ departure but said a more likely timeframe was now within the next 12 months.

“It doesn’t change anything really,” he said. “The plans stay the same, execute against the strategy in place, continue to build out the team.”

Mr Edis would not be drawn on why Mr Peters had left the fintech he had co-founded so abruptly.

“Dan’s really moving on for his own reasons,” he said. “I can’t comment on what his personal reasons are, but we’re really thankful for the contribution he made to the company in the time that he was with us. The team values that, but I think with every startup company, you have these moments and it’s what you do next that matters most.”

Limepay has also attracted scrutiny over the involvement of co-founder Tim Dwyer’s brother, Greg Dwyer, who was a senior employee at BitMEX and at the centre of the biggest cryptocurrency scandal in the world this year.

Greg Dwyer was an early investor in Limepay although he no longer directly holds any shares in the group and Limepay said he had no ongoing involvement with the business.

”He has his own journey there and I think he’s in a good place,” Tim Dwyer said. “I can’t really comment on my brother.“

Dean Fergie, portfolio manager at small-cap specialist Cyan Investment Management, said investors have been put off by the poor performance of fintechs which have recently listed including Latitude, Liberty, Harmoney and Plenti.

“In the BNPL sector you have a flood of ‘me too’ businesses trying to ride on the coat-tails of the success of Afterpay. They are all of varying quality, they all have very similar products or are operating in similar markets they all can’t be successful,” he said. “There is a reluctance to throw money at them on listing.”

“Everyone looks at these things rather cynically in the domestic market, a founder leaving just before an IPO people raise their eyebrows and say ‘what is really going on behind the scenes?’,” he said. ”If all the ducks don’t line up you probably want to be a little cautious.“