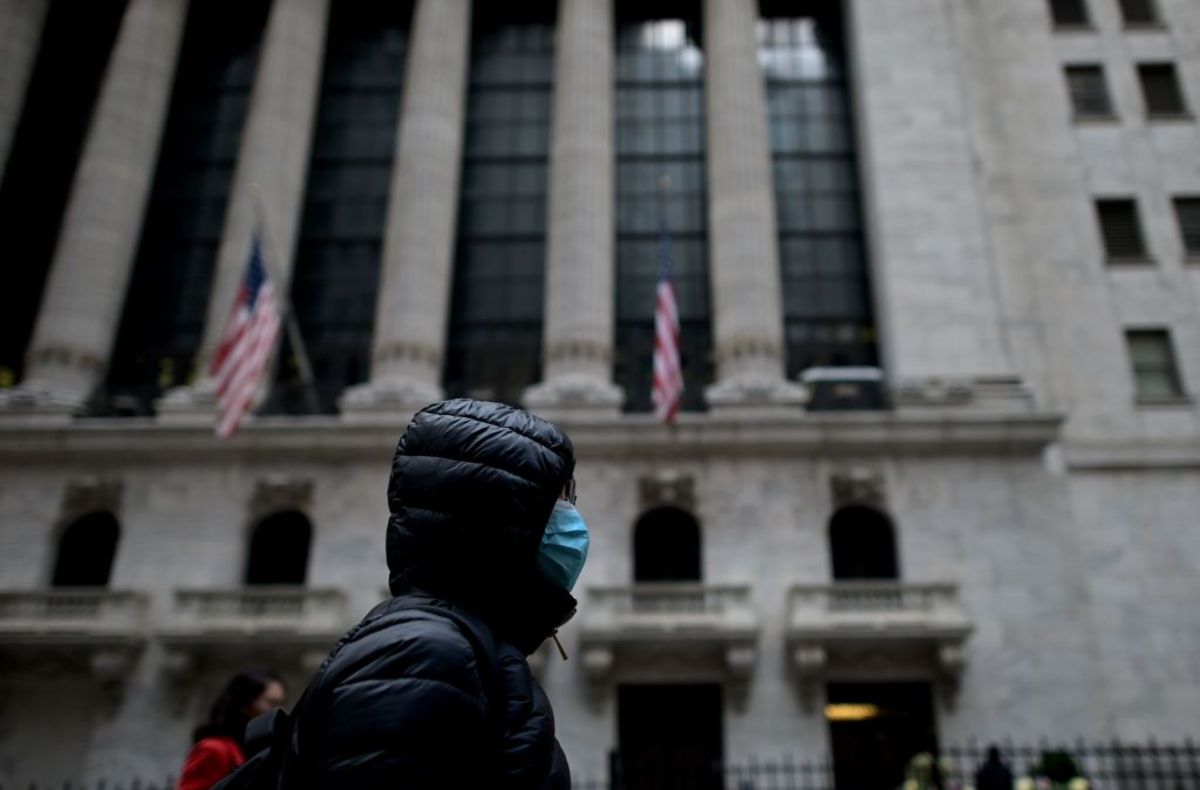 The 10-year U.S. Treasury yield has been cut in half in just two weeks, offering an all-time low rate of 0.66% when fear peaked Friday morning. A plunge in 30-year U.S. yields is helping Americans borrow to buy homes at the cheapest rates ever. Investors in Austria’s 100-year bond are getting only 0.48% for the right to park money until 2117.

That’s just a small slice of the mind-numbing array of debt-market metrics flashing panic about the economic fallout from the spread of the virus. Don’t be surprised if more milestones fall as virus cases and business disruptions increase. Even the Federal Reserve’s first emergency rate cut since the 2008 financial crisis failed to calm things down.

For bond owners, it’s meant another stretch of big profits. A Bloomberg Barclays index of U.S. Treasury returns had its best year since 2011 in 2019, and it’s already almost matched that in just two months of 2020 — though that’s little comfort amid the health scare.

“These low yields are no badge of honor for the bond market,” said Mark Spindel, chief executive officer of Potomac River Capital. “They are indicative of a very downbeat, if not dire, view of the economic outlook.”

Some are even uttering a phrase verboten not long ago: the possibility the U.S. will join the club of nations with negative bond yields. It hasn’t happened yet, but 30-year Treasuries adjusted for inflation just turned negative for the first time ever.

The voracious lurch into fixed-income securities has caused the global pile of debt with less-than-0% yields to jump over $3 trillion this year, reaching $14.6 trillion.

Pension funds may be fueling the bond rally as they scramble to snap up a positive rate anywhere they still can, in order to meet their liabilities — which are uber-long term.

The collapse in yields also maybe getting supercharged by mortgage-related hedging. The drop in U.S. mortgage rates could be prompting Americans to refinance loans, zapping the old loans from the portfolios of mortgage investors. To get their holdings back in order, those investors often engage in something called convexity hedging, which can weigh on Treasury yields.

But yields are also sinking around the globe. In Asia, China’s 10-year rates fell to the lowest since the country was battling deflation in 2002. In the developed world, there’s few places that haven’t seen a huge drop in yields. German 10- and 30-year yields hit record lows and those on short-dated U.K. debt neared 0% as the market braces for more stimulus from central banks.

Even Austria’s bond maturing in 2117 is uncomfortably close to getting there, and may break through if the situation worsens, said Jeroen Blokland a money manager at Robeco in Rotterdam.

“Based on what we have seen in recent years, with complete yield curves going negative, I think it is not something we can rule out,” he said. “If we get into a global recession, which I don’t believe at this point in time, we could go there.”

Worries about the outlook are so dire that measures of expected inflation are sinking. U.S. and European swaps show anticipated price gains have slumped to just above 1%, well below what central bankers want.

“The bond market doesn’t need to wait and see how things pan out, it’s already telling us that we have a situation where at least in the short run the economy is going to spiral downward,” said Michael Darda, market strategist at MKM Partners. “And the fact that inflation expectations are falling too is quite disturbing.”

Money markets are pricing about a 90% possibility that the European Central Bank will lower its deposit rate by 10 basis points next week, or boost asset purchases. The Fed cut its policy rate by 50 basis points on March 3, and traders are pricing in even more easing as well as cuts from other central banks including the Bank of England.

“The fear factor is high, but the risk is it hasn’t peaked yet as the virus spreads,” said Su-Lin Ong, Royal Bank of Canada’s head of economic and fixed-income strategy in Sydney. “There are worries central banks have limited firepower to fight this, but markets are saying, ‘Where else do you go for safety?’ It’s high-quality fixed-income assets” such as Treasuries and Australian government bonds.

Australia’s 10-year bond yields have more than halved since the start of the year to test 0.66% this week as investors position for potential quantitative easing. Yields on New Zealand debt of similar maturity dropped 75 basis points to below 1%. Japan yields have skidded back into negative territory.

U.S. President Donald Trump is getting a solid from the swoon in rates: It’s never been cheaper for the federal government to borrow, which is helpful as the deficit skyrockets toward $1 trillion. Rates are so low the 30-year U.S. bond yields less than the dividend rate for the S&P 500 — something that’s never happened before.

More global central bank accommodation and action by fiscal authorities can help, but that can only do so much given how widespread business disruptions will be before the virus is contained, said Robert Tipp, chief investment strategist at PGIM Fixed Income. That means as low as yields are, they are set to go lower, he said.

“People are going to be holding their breath for about three to six months watching the pig pass through the python,” he said. “Ten-year Treasury yields may be sitting at between a half and 1% until things stabilize.”

— With assistance by Ye Xie