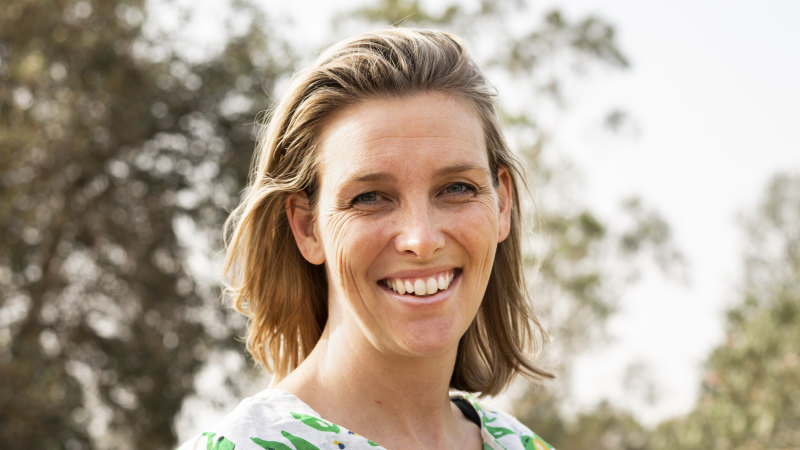 Grace Brennan didn’t mean to start a social movement from her kitchen table, but when the founder of the ‘Buy From The Bush’ campaign watched her local community in regional NSW struggle through drought she wanted to boost local businesses.

“It was developed on the fly, that is for sure, but it was a reaction to try to get life injected back into small towns that are suffering,” Brennan says. 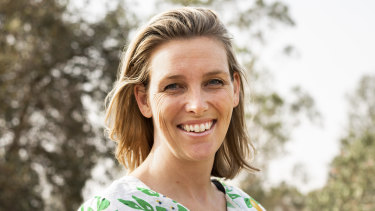 Grace Brennan is the founder of Buy From The Bush.Credit:Racheal Lenehan

Brennan lives in Warren, about seven hours north-west of Sydney. “I was in love with some of the beautiful retailers and boutiques around the local area and I had an instinct that if we could broadcast those businesses to the masses there would be a market for them and people could invest in them in a tough time,” she says.

Brennan’s instinct was right. The Buy From the Bush campaign attracted more than 400,000 followers on social media after she quickly created a logo, hashtag and Instagram page. Rural businesses claim they sold out of stock after being featured on the campaign’s website and social media channels.

Brennan is one of Australia’s nine most influential women entrepreneurs as nominated by The Age and Sydney Morning Herald's panel comprising Small Business Minister Michaelia Cash, Small Business Ombudsman Kate Carnell, and small business editor Cara Waters. The nominations were made ahead of International Women’s Day on Sunday. 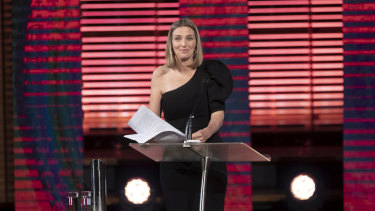 Grace Brennan delivered the Australia Day address this year after her successful Buy From The Bush campaign. Credit:Brook Mitchell

Grace Brennan founded the Buy From The Bush campaign promoting businesses in regional Australia during the drought.

Influence: “My mother and other women in rural communities. They inspire and influence me. Especially in the last few years, with cash flow drying up from traditional sources like agriculture, they are creating alternative income streams.”

Influencing others: Buy From The Bush has inspired similar campaigns in response to the bushfires, with #SpendWithThem and #EmptyEsky harnessing social media to promote those small businesses affected. “Buy From The Bush injected energy back into businesses. At times it was difficult [for businesses] to open the doors when you were reliant on cash flow from farmers who were not spending.”

Building a gender equal world: “To celebrate our differences and to recognise that our lived experience often shapes our strengths and our limitations. It’s about finding value in the unique offerings of the individual.” 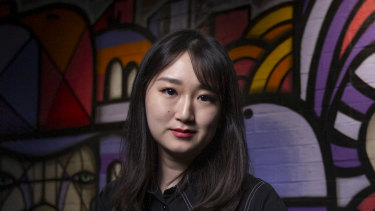 Financial platform Airwallex became one of a handful of Australian tech ‘unicorns’ last year with a valuation of over $US1 billion ($1.5 billion).

Influence: “My dad because he is also an entrepreneur … that had quite a big impact on me. Family in general has been very supportive. I have an 18-month-old daughter and it’s hard running a startup at the same time, so having the right support has allowed me to go out and explore whatever I want.”

Influencing others: “When we first had women join Airwallex they were concerned about personal life, as startups tend to have a reputation of being imbalanced in work and life and they were concerned about maternity leave and what was possible. In Airwallex we don’t have this concern anymore, as we have women in senior management who demonstrate that you can do both.”

Building a gender equal world: “What the tech community has been doing well is promoting diversity but not forcing it. Talking to other women in senior tech management, if you force that diversity into hiring, you end up valuing the number more than you want to.” 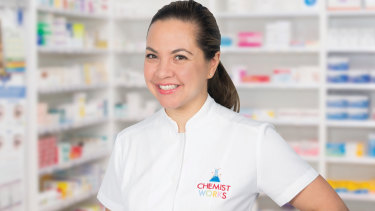 Catherine Bronger is the co-owner of two pharmacies which have around 60 staff with an estimated turnover of over $10 million.

Influence: “My mother as a community pharmacist and setting up the pharmacy business school at University of Sydney and University of Newcastle along with bringing up four children. I saw her bring up a family as well as run a successful business – I thought that was a great inspiration.”

Influencing others: “I do a lot of mentoring and I have a lot of young pharmacists that work with me. I really like to see young women, particularly pharmacists, get to ownership before having babies as it is such a good profession to have a family.”

Building a gender equal world: “I believe that I think you have to advocate for women who are good and strong and capable. I think that you can find them and encourage those women. I know it is very simple but it is very powerful.” 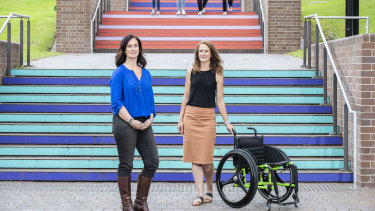 Sisters Kath Hamilton and Clare Conroy founded startup Loop+ which has developed technology the pair describe as “a Fitbit for the bum”. This is a sensor pad which attaches to a wheelchair and tracks data about a user’s weight distribution and posture to prevent long-term health issues like scoliosis.

Influences: “Seeing other families going through lived experience of things like disability and them being able to say, ‘Well I see a problem, how do I solve that?’ ”

Influencing others: “Grit, and being able to show that resilience. You have to have that grit and determination just to get this far.”

Building a gender equal world: “Just by advocating and demonstrating what is possible so that women of the future and women [in business] know this is absolutely an option for them: to be able to solve the world’s biggest problems.” 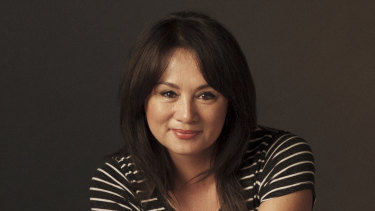 Sandy Chong is the Head of the Australian Hairdressers Association.

Sandy Chong, head of the Australian Hairdressing Council and owner of Suki salon

Sandy Chong has spent more than three decades in the hairdressing industry, as both the owner of $1.8 million Newcastle salon Suki and as head of the Australian Hairdressing Council.

Influence: “I have a huge network in the industry, there’s no one single person. I’ve been very fortunate to do pretty much everything I want to do in the industry, whether it was anything editorial or working at New York fashion week – all of those different sectors are my motivators.”

Influencing others: “For influencing my staff, it’s understanding them more than ever, and having continual meetings with them, so that we know what they need. If we can give them what they need, we will do well as well.”

Building a gender equal world: “I think we need to be a lot more accepting and much less judgmental. When it comes to gender equality, I think with hairdressing though, we would probably be one of the industries that most 100 per cent embraces that.” 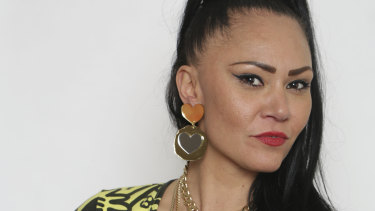 Kristy Dickinson's cult jewellery brand turns over just under $1 million and has been built with a focus on inclusion, with designs celebrating Indigenous pride.

Influence: “My mother. She was a single mum, a proud Indigenous woman, she was always pushing who we are and her beliefs onto us kids and pushed us in the right direction, to be kind and accept others for who they are.”

Influencing others: “Growing up in Sydney, I was the only little brown girl in my class and it was quite hard on me. Going to school and saying I was Aboriginal, I got teased a lot. I want to show the younger generation to be proud of who you are.”

Building a gender equal world: “It’s all about collaboration, talking and listening. Bringing each other up and just recognising that everybody is different but everybody has passions. With my business, I never want to leave anybody behind, I want to bring people up with me. Being inclusive is the future.” 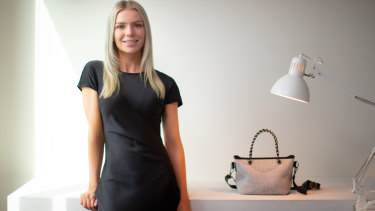 Tammy Green is the founder of Prene Bags. Credit:Simon Schluter

Green started her vegan-friendly fashion label Prene Bags four years ago when she was 20. It now turns over around $5 million a year.

Influence: “My wholesale agent has always been my biggest influence and supporter since day one. She has been in the industry for many years and she is the most positive and enthusiastic and hard-working person I know.”

Influencing others: “As a young woman who went to uni for a year and failed it, I am living proof that you don’t have to follow the standard path. So many entrepreneurs and business owners have dropped out of uni or never went to uni. There are so many other ways to follow your dreams.”

Building a gender equal world: “Always calling out gender discrimination when you see it or hear it, it’s crazy to think that it still exists. When I first started out and would speak to people on the phone they would never take me seriously and think I was a little girl and ask me to get my boss.” 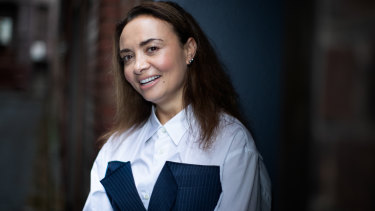 Jane Morrell started her business after becoming frustrated at the traditional disability care solutions. It now turns over around $20 million a year.

Influence: “It would have to be my Dad. He owned his own businesses and I watched him very closely. He really inspired me and raised me to show me that nothing was impossible.”

Influencing others: “For me it is just about encouraging authenticity and operating as your authentic self is really important. The biggest compliment to me is when people say, 'We do business with you because we trust you’.”

Building a gender equal world: “Encouraging more women into positions of leadership is really important. There needs to be more development programs geared at women, it’s a lonely world in entrepreneurship and I think as women we often doubt ourselves.”