Didi shares plummet after China bans it from app stores

On Tuesday, shares in Didi crashed 20% after Chinese authorities opened an investigation into the ride-hailing giant that raised $4.4 billion last week in a massive IPO in New York.
The botched IPO is bad news for investors. It’s also bad for the New York Stock Exchange, which has been caught up in a campaign by US politicians who want to prevent Chinese companies from raising money in New York.

The political fallout was swift. Sen. Marco Rubio, a Republican from Florida who is highly critical of the Chinese government, told the Financial Times that it was “reckless and irresponsible” for Didi to be allowed to sell shares. 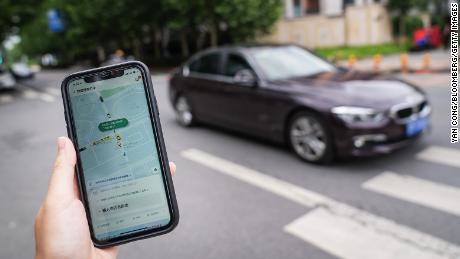 “Even if the stock rebounds, American investors still have no insight into the company’s financial strength because the Chinese Communist party block US regulators from reviewing the books,” Rubio told the UK newspaper. “That puts the investments of American retirees at risk and funnels desperately needed US dollars into Beijing.”

The political atmosphere around listings of US companies has been charged for months. Former President Donald Trump signed a law in November that bans Americans from investing in firms that the US government suspects are either owned or controlled by the Chinese military.
That forced US exchanges to delist several Chinese companies, including China Mobile, China Telecom and China Unicom. President Joe Biden has followed the same path, expanding restrictions on US investment into Chinese companies with suspected military ties.
The big question: Given the political backdrop, why do Chinese companies continue to pursue US listings?
Analysts say there are several advantages to listing in New York:

For Chinese tech companies, a US listing is even more attractive because American investors are used to dealing with startups. And US exchanges accept a wider range of valuation methodologies.
Hong Kong has tried to steal business from New York in recent years, encouraging Chinese companies to sell shares in the city in what have been dubbed “homecoming listings.”
But the pull of New York is strong. According to Jefferies, 10 Chinese companies completed US IPOs in 2020, representing over 20% of the market excluding SPACs — the highest percentage of US IPO issuance since 2010.
Didi was a continuation of that trend. It was the biggest US IPO by a Chinese company since Alibaba’s debut in 2014.
End of an era? Pressure is not just coming from the United States. On Tuesday, China said it would increase regulation of overseas-listed companies, heaping additional pressure on Didi.
The government said it will severely punish illegal securities activities, including fraudulent share issuance, embezzlement and market manipulation. It said securities fraud was prominent in overseas markets.
Will the next Alibaba or Didi choose New York? Stay tuned.

The US Department of Defense is canceling a controversial $10 billion cloud computing contract that had been awarded to Microsoft over Amazon under the Trump administration.
The Pentagon announced Tuesday that it will cancel the Joint Enterprise Defense Infrastructure (JEDI) contract. It will instead seek new solicitations for an updated contract from Amazon and Microsoft.
The JEDI contract would have resulted in Microsoft building a cloud storage system for sensitive military data and technology for the Pentagon and could have resulted in revenue of up to $10 billion over 10 years.
Microsoft winning the contract in 2019 over Amazon caused some controversy, surprising many industry experts who saw Amazon as the stronger candidate to win the contract.
The backlash: Amazon filed a suit with the US Court of Federal Claims contesting the decision, arguing that it was politically motivated by former President Donald Trump’s dislike of then Amazon CEO Jeff Bezos and the Washington Post, which Bezos owns.
The Pentagon said it decided to cancel the contract “due to evolving requirements, increased cloud conservancy and industry advances,” in a press release. Because of this, the JEDI contract “no longer meets its needs,” the release states.
What happens next: The department said it would solicit proposals from Microsoft and Amazon Web Services and will also accept proposals from other Cloud Service Providers that “can also meet the DoD’s requirements.”

Americans despise high gasoline prices. And fairly or not, they tend to pin the blame on whomever is in the White House.
That’s why Monday’s failure by OPEC and its allies to reach a deal to increase crude production is a major problem for President Joe Biden.
Until now, the Biden administration has taken a hands-off approach with OPEC, in stark contrast with former President Trump, who was obsessed with tracking markets and repeatedly blasted OPEC for not pumping more. 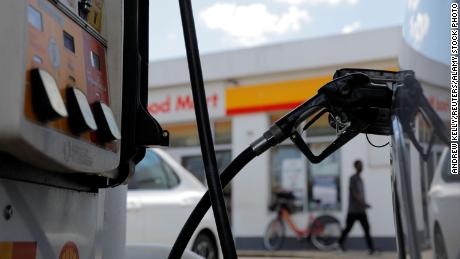 My CNN Business colleague Matt Egan reports that some analysts claim the Biden Team appeared to be caught flat-footed by the drama at OPEC.
“They are playing catch-up,” said Helima Croft, global head of commodity strategy at RBC Capital Markets. “The early warning system for the Biden administration was not commensurate with that of the Trump administration. They may not have realized how potentially consequential that OPEC meeting was.”
Still, don’t expect any all-caps tweets threatening OPEC given Biden’s stylistic differences with the more bombastic Trump.
“They’re not engaged in Twitter diplomacy,” said Croft, a former CIA analyst. “It’s the traditional playbook where you pick up the phone and make the ask.”

Minutes from the Federal Reserve’s June meeting will be published at 2:00 p.m. ET.