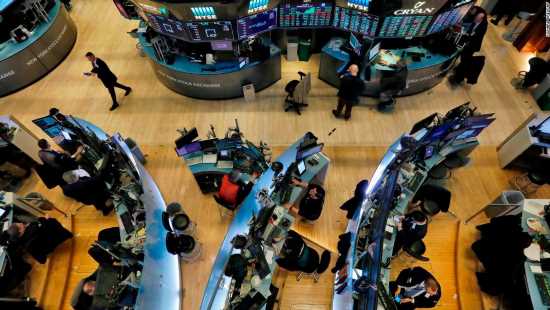 New York (CNN Business)Stocks went on a wild ride Tuesday after the Federal Reserve slashed interest rates by a half-point to help insulate the US economy from the global coronavirus outbreak.

Wild swings followed the unscheduled announcement until investors made up their minds around midday: The Fed’s rate cut is bad news for the economy. Stocks dropped sharply in response.
The Dow (INDU) swung nearly 1,400 points from its low to its high point over the course of Tuesday. At one point, the index was down by 997 points. It finished down 786 points, or 2.9%, retracting Monday’s buoyant rally, during which it recorded its best-point gain in history.

The broader S&P 500 (SPX) closed 2.8% lower, only a day after the index logged its best day in more than two years. The Nasdaq Composite (COMP) closed nearly 3% lower.
Stocks slipped as the 10-year US Treasury yield fell below 1% for the first time ever. The yield was back above 1% at the closing bell.

Bond yields are in part driven by future interest rate expectations, but yields has also come down as investors piled into safe-haven Treasuries. Bond yields and prices move opposite to each other.
Although lower interest rates are good for stocks, making borrowing cheaper, the emergency cut also was a signal that the US economy could be in serious trouble because of the virus outbreak.
Fed Chairman Jerome Powell stressed in a press conference Tuesday that the US economy remains strong but that the strain on industries like tourism and travel, as well as supply chains, was becoming apparent in sentiment surveys.
Stocks’ pullback into negative territory showed just how aggressively the market had already priced in a rate cut, said Sebastien Galy, senior market strategist at Nordea.
The surprise move by the Fed followed a wild rally Monday in which the Dow recorded its highest point-gain in history. Stocks had soared because investors came to expect the Fed would cut rates.
Market expectations for an interest rate cut at the Fed’s March 18 meeting had been at 100% at the market open Monday, even though Fed officials spoke out last week against cutting interest rates right away. The emergency rate cut was the first since the last financial crisis.
Finance officials from the world’s seven largest advanced economies, known as the G7, failed to calm investors’ nerves about the outbreak earlier Tuesday, as the group said it would not coordinate interest rate cuts and made no commitment to fiscal stimulus to stave off the economic fallout.
“The biggest thing that’s being missed today is that the Fed has to cut to provide headroom for the global economy, particularly in places like Hong Kong where their exchange rates are pegged to the US dollar,” said Jay Hatfield, portfolio manager at InfraCap, in emailed comments.

The dollar commonly falls when interest rates come down. This could ease global growth concerns, Hatfield said.
The ICE US Dollar Index was down 0.2% Tuesday afternoon.
Source: Read Full Article