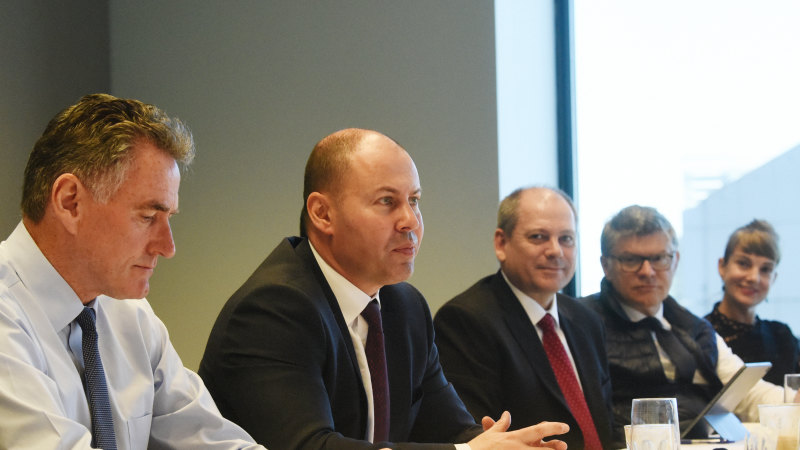 Treasurer Josh Frydenberg met with chief executives of the country's biggest banks on Wednesday to discuss the economic impact of the coronavirus as lenders pledge to support customers thrown into financial strife by the crisis.

As the government prepares to announce its stimulus package, Mr Frydenberg attended a Sydney meeting with top bankers chaired by Commonwealth Bank chief executive Matt Comyn, who is also chairman of the Australian Banking Association (ABA). 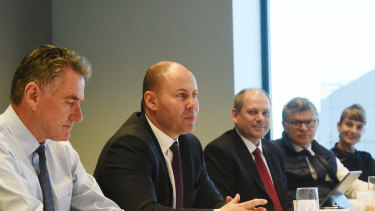 The talks come amid fears the economic hit from the virus will severely strain some small business customers and consumers, which could result in rising defaults for the banking system. In response, banks have urged customers in financial trouble to contact their lender, with CBA on Tuesday night saying it would offer reprieves such as repayment holidays and waiving fees.

“Banks are in the best ever shape to face this challenge, they are well capitalised with strong balance sheets and are open for business,” ABA chief executive Anna Bligh said.

“Banks stand ready to support customers and if anyone is in need of assistance they shouldn’t wait but come forward as soon as possible,” she said.

CBA became the latest bank to say it would allow consumers and business customers affected by the coronavirus to delay their loan repayments and avoid some fees, as it also pledged to pay its suppliers more quickly in response to the crisis.

Banks stand ready to support customers and if anyone is in need of assistance they shouldn’t wait but come forward as soon as possible.

The country’s largest bank encouraged consumers who found themselves in financial trouble because of the virus to contact the bank to discuss hardship relief options such as deferring their payments.

For small businesses, CBA said it would take action that could include deferring loan payments for up to 90 days for affected clients, waiving merchant fees, and waiving fees for borrowers using “redraw” facilities on their loans.

The bank said its branches and online services remained open, and it had put on extra staff for business clients. CBA said it would also pay more of its invoices from small business suppliers immediately.

“The Commonwealth Bank recognises the uncertainty as the nation responds to the challenges posed by the coronavirus,” Mr Comyn said.

Analysts have predicted an increase in small and medium businesses going bust as a result of the crisis, and Prime Minister Scott Morrison has urged bigger firms to do their bit to support the economy during the shock.

National Australia Bank last month said it was working with troubled business customers on a case-by-case basis to deal with the crisis, with measures including deferring payments on loans or credit cards.