Liverpool FC among customers left in lurch by Forum collapse

Liquidators to Bill Papas’ Forum group of companies are eyeing a sale of waste company Iugis, which has a host of high profile customers including Liverpool Football Club, despite concerns it may have received millions from an alleged $400 million fraud.

Iugis is one of the many subsidiaries within Mr Papas’s large business empire which is now being broken up and sold by liquidators who were brought in to investigate allegations Mr Papas had orchestrated a major fraud on Westpac by impersonating its customers. 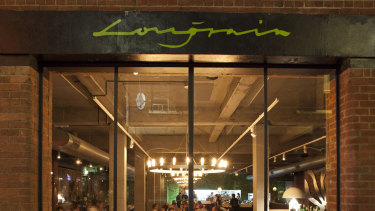 High-end Melbourne restaurant Longrain is one of Iugis’ clients that have been left in the lurch. Credit: Supplied.

Iugis’s customers have been left in the lurch after the first set of administrators to the Iugis business laid off all staff. There are currently about 200 of its machines operating which convert organic food waste into water within 24 hours.

Longrain Melbourne general manager Natasha Firman said the Iugis products were fantastic and help reduce the venue’s carbon footprint. “We literally got an email the other week from the account manager saying that the business was in administration and administrators would be in touch. We haven’t heard anything since.”

San Lorenzo Wine and Dining restaurant director Frank Ciorciari said he was told his restaurant in eastern Melbourne was among the first venues to have the machines installed.

“There was no payment, they just took over our bins.”

One insider working closely with Iugis and the broader Forum group of companies, who could not be named because he was discussing sensitive information, said Iguis was a good business but its funding was not clear.

“The extraordinary funding that Bill [Papas] was creating, that was always a little bit of a mystery to everyone,” the senior source told The Age and Herald.

Staff were told that Mr Papas’ business partner at Forum, Vince Tesoriero, who is also being sued by Westpac, was the major investor, and later this was expanded to “family money”. The strategy was to grow the business as quickly as possible.

“When we heard about the number of machines, or the capability of the machine, the relationships, you’d look at the strategic goal and go, ‘Shit that’s a big goal. That’s pretty intense. But let’s have a go at it’,” the source said.

“There were a number of people going , ‘How can we build those machines?’ But what you can do, you charge ahead.”

Another source close to the company said he had concerns about the environmental credentials of Iugis’ technology, describing the machines as “nothing more than a fancy insinkerator”.

“These machines chop up the food waste and send it down the sewer. There’s nothing circular about it,” the source said. “They’ve done the biggest greenwashing job on these organisations to promote really old technology as being a new environmental solution.”

Liquidators and administrators have already sold smaller subsidiary Forum Group, which serviced printers rented to offices, while more than 10 bidders are interested in another entity in the wider group, Autonomous Energy, that provides industrial solar consultancy services to large clients such as construction giant Lendlease.

“The team has doubled in size in the last six months, from 30 staff to 60 staff across Sydney and UK (London) offices. Iugis are looking for a Business Development Manager (full-cycle sales) in Sydney to sell the technology systems (Orca) into the hospitality sector, pubs, clubs to large hotel groups (SME’s to multi-national),” one recruitment email said.