N.J. to Open Vaccine Eligibility to 65 and Over, Murphy Says

The governor said he was “gratified to hear” that the U.S. Centers for Disease Control and Prevention recommended that states expand eligibility to seniors. The 65-and-over population will be eligible “effective almost immediately, in the next day or two,” Murphy said Wednesday in a CNBC interview.

“We’re going to open this up pretty quickly,” he said in a separate interview on WPIX-11.

The state has administered 243,734 doses, according to the latest state data. That’s about 37% of the vaccines distributed to New Jersey. The state so far has limited vaccines to health-care workers, long-term care residents and first responders.

Regarding supply on hand versus what’s been administered, Murphy on CNBC said doses are set aside for CVS Health Corp. and Walgreens Boots Alliance Inc. to give to nursing home residents through January.

“It looks like there’s a gap which in fact doesn’t exist,” Murphy said. “These are allocations for visits, for engagements, for appointments that they’ve made already for long-term care facilities.”

New Jersey has set a goal to vaccine 70% of the adult population — 4.7 million residents — within six months. There’s an “enormous supply-demand imbalance right now,” Murphy said on CNBC, adding that he is confident the issue will ease with the incoming Joe Biden presidential administration. 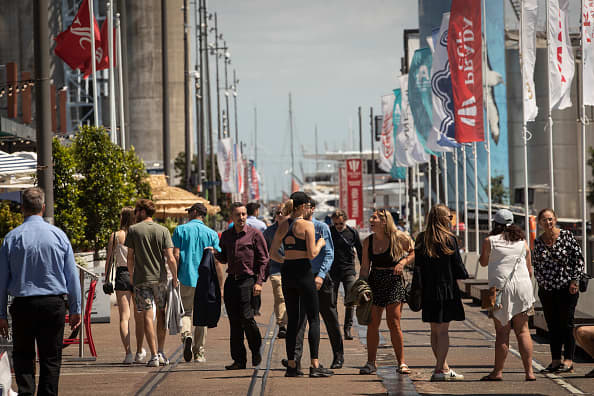