A prominent Macquarie Group shareholder has predicted a class action lawsuit over the controversial float of technology stock Nuix amid claims the episode could impact the investment banking giant’s credibility in future sharemarket listings.

Nuix, a heavily hyped data analytics firm, was listed on the ASX last December by Macquarie and was widely touted as the hottest initial public offering of 2020. But less than six months after listing the share price has more than halved from its post float peak and is trading well below the IPO price of $5.34. 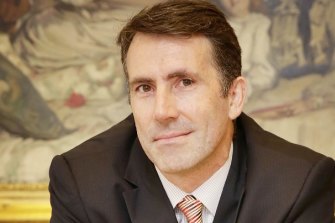 Jason Beddow, managing director of Argo Investments, which owns shares in Macquarie, said investors that bought into Nuix around the float would be disappointed and warned class action lawyers would be circling.

“If you were loading up on cyber security for $10 or $11, you’d be pretty disappointed,” Mr Beddow said. “With the nature of the Australian market, no doubt there’s a class action coming against Nuix.”

Nuix shares rebounded on Tuesday to close 11.5 per cent higher at $3.50. Earlier in the week the stock tumbled to its lowest levels since listing after a joint investigation by The Sydney Morning Herald, The Age and The Australian Financial Review revealed questions about the company’s governance and financial accounts in the years before it floated.

Further reporting on Tuesday revealed Nuix’s management were aware the company was in trouble in January, with internal documents revealing problems with two key products and concerns the technology company was losing ground to competitors.

Macquarie managed Nuix’s IPO and remains a major shareholder in the company. One market watcher, who declined to be named because he was not authorised to speak publicly, said the sliding share price and corporate governance questions would create a “credibility factor” for future Macquarie-led floats.

However, Macquarie retains its 30 per cent stake in Nuix and Mr Beddow said this helped the investment bank’s reputation, adding the due diligence process for future floats would likely be reviewed and improved.

“At the end of the day, Macquarie still has a very big shareholding in it [Nuix]. If they had maybe sold out fully and then you’d be like, ‘Well that’s’ pretty dodgy guys’.

“So I guess there’s a perception because of Macquarie’s place in the Aussie market, it’s quite unique, you might think they would filter things better than that,” Mr Beddow said. “Will people be more sceptical of the next Macquarie IPO? Maybe.”

Mr Beddow said Nuix was one of many investments Macquarie has and there was a limit to how much due diligence can be performed, adding technology stocks are notoriously volatile and difficult to value.

“You can only do so much DD [due diligence] and then you’ve got to make a call,” Mr Beddow. “It’s one of hundreds of thousands of investments Macquarie has. In that context, I’m not sympathetic but you can understand how you can just get it wrong. You can be a bit deluded.”

Mr Beddow provided the example of Argo’s investment into Freedom Foods, one of the largest accounting scandals of recent times that saw the ASX-listed food and beverage company write down $590 million in assets last year.

“I had 12 face to face meetings with [the company] until I found out it was a fraud over six years that was signed off by the auditors. It’s not quite that easy to say, ‘oh I would have found it out’.”

Nuix did not list founder Tony Castagna, who had been convicted then acquitted for tax fraud and money laundering, prominently in its prospectus despite his ongoing consulting role with the company.

Mr Beddow said some of the media reporting, including Mr Castagna’s role, were known throughout the investment community. “They weren’t secrets … It wasn’t clear in the prospectus but I don’t think it was like, ’No I’ve never heard of that”