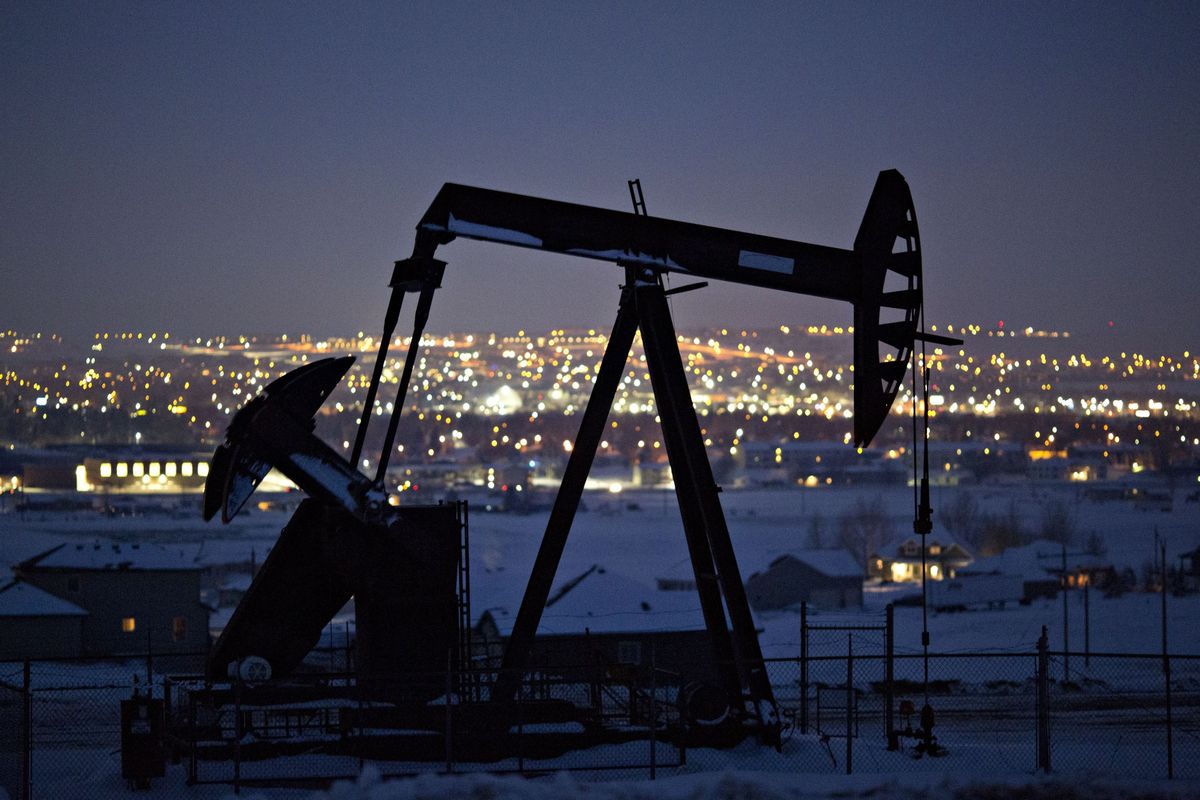 The OPEC+ alliance’s dramatic failure to reach an output deal is most obviously being felt in oil futures, which plunged the most since 2008 in London. A look at the less-conspicuous corners of the market reveal the scale of the impact.

The potential collapse of the group led by Saudi Arabia and Russia is the latest blow to a market that was already dragged down by fears over the economic damage from the spread of the coronavirus. Global benchmark Brent crude, which was already down 24% through March 5, dropped 9.4% on Friday after the talks between members of the alliance collapsed in Vienna.

With Russia refusing to bend to Saudi Arabia’s wish for further output cuts, the producer group’s supply reductions of 2.1 million barrels a day will not continue beyond the end of this month. They will be free to pump at will.

Here are some of the ways the event is playing out in the market:

Weakness in the crude market is being perhaps best illustrated in the spread between the nearest two December futures contracts. The discount of Brent for the final month of this year versus 2021 widened by almost $2 Friday. It’s now at near $3 in contango — a market structure where prices in the near term are cheaper than those for later.

This spread, which is often used as a gauge for market health, was trading in positive territory — the opposite of contango, backwardation — until last week. It closed at as high as $4.05 earlier this year.

U.S. shale companies that put American oil on the global map may be reeling the most from the sell-off. Independent explorers already in a pinch after burning through cash and piling on debt in pursuit of endless growth are now faced with the reality that drilling costs may be as much as oil’s price, if not more.

The companies had to cut capital budgets and show they had the discipline to act financially responsible in their attempt to win back investors. The oil price collapse makes that effort much harder.

“U.S. shale producers were hoping to be thrown a lifeline from the OPEC+ talks, but instead many were left questioning their chances of survival,” Rabobank analyst Ryan Fitzmaurice said in a report. “Share prices across the exploration and production sector currently sit at or near all-time lows as a result of high debt levels, lack of free cash flow generation, and extremely poor investor sentiment.”

As uncertainty over the future of the partnership between the Organization of Petroleum Exporting Countries and its allies, and the economic fallout from the coronavirus rise, U.S. oil volatility has skyrocketed to the highest level since 2016.

In the options market, put skews for both Brent and U.S. benchmark West Texas Intermediate crude have jumped, with WTI’s the most bearish since at least 2010. The second-month Brent put skew is at the highest since at least 2013.

It’s not just oil that’s being affected, but also gold. As crude prices slide, fund managers will be looking for ways to manage their portfolios to cover losses, which could mean a short-term liquidation of the precious metal.

“All the people invested in energy are losing money, which is a whole lot in the commodity world,” said George Gero, a managing director at RBC Wealth Management. “That affects the price of gold because when commodity accounts have margin calls suddenly, they’ll sell what is the most liquid, and one of the most liquid that’s been up and giving people profits has been gold.”

Still, the rush to sell gold to raise cash may be only a short-term phenomenon, as fears about inflation and bullion’s reputation as a safe haven is likely to bring investors back.

— With assistance by Justina Vasquez, Alex Longley, and Jessica Summers