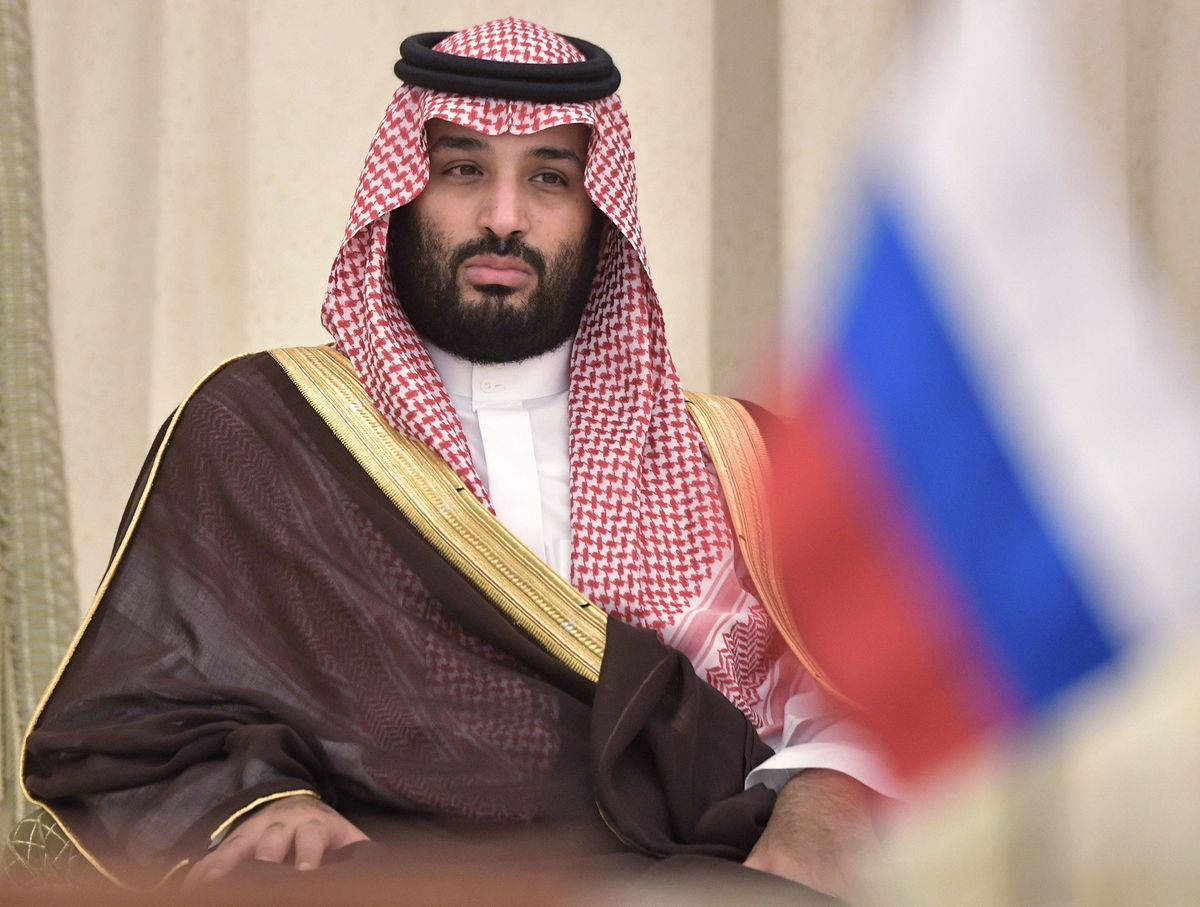 There’s a battle of economic might in the global oil patch, and it’s rapidly turning into a tussle of wills between the leaders of Saudi Arabia, Russia and the U.S.

Mohammed bin Salman, the 34-year-old Saudi crown prince, escalated an oil-price war on Tuesday with a move to flood the market with crude, a day after the oil market suffered its deepest rout since 1991. Vladimir Putin of Russia, helped kick off the fight in the first place to inflict a blow on the U.S.

At stake is the future of the oil market and the U.S. shale industry, and President Donald Trump’s next move could be key.

The U.S. has become the world’s biggest oil producer, making it a target for the Saudis and Russians, who rank just below. Trump, whose November re-election bid gets tougher with the spread of coronavirus and each downward tick of key economic indicators, promised Monday to help struggling U.S. shale drillers. He could still exert influence over Saudi Arabia, which benefits from American military support.

Trump called the prince on Monday to discuss the price war, according to two people familiar with the situation.

“It’s no longer about economics,” said Chris Weafer, chief executive officer of Macro Advisory, a Moscow-based consultancy. “All three of them are hurting at this price.”

At first glance, the U.S. should be the loser. Drilling in the Permian Basin of West Texas and New Mexico is far more expensive than in Siberia or the Saudi desert. Permian shale producers need an average of $40 to $50 a barrel to break even, according to Rystad Energy. That’s well above current prices. Producers have already been weakened by lenders reluctant to finance their drilling and the coronavirus, which has squeezed demand around the world.

But the grudge match is less about oilfield economics than it is about raw power. On that measure, Trump might seem to be in a more comfortable position. While the price war launched by Riyadh and Moscow is feeding directly into their own oil revenues, it’s likely to help U.S. motorists who are the world’s single largest source of oil demand.

Trump cheered on the fall in prices on Monday, tweeting that the drop in oil prices was “good for the consumer.”

For Riyadh and Moscow, on the other hand, it’s life and death. Saudi Arabia depends on oil for nearly 70% of its fiscal income, according to the International Monetary Fund. For Russia it’s 40% — including gas.

Both Prince Mohammed and Putin have taken measures to strengthen their authoritarian holds on their countries. Prince Mohammed had two senior members of the Saudi royal family rounded up over the weekend on the grounds they were plotting a coup. Putin is overhauling the Russian constitution in a move seen as paving the way for him to retain influence after his current term — his last under existing limits — ends in 2024.

If the price war persists for months, economic resilience would determine the winner. Here, Saudi Arabia appears in be in a weaker spot. Riyadh needs more than $80 a barrel to balance its budget, higher than at almost any other time in the past 20 years. If it comes to tapping the piggy bank, the kingdom’s cash reserves are $500 billion — down a third from their peak in 2014.

Russia, on the other hand, has spent the past five years resetting its economy to a lower oil price and rebuilding reserves to $570 billion. While sustained economic pain would come at an awkward time for the Kremlin, as Putin has promised to improve living standards, the budget has some resilience built in. After the shock of the oil-price slump and U.S. sanctions in 2014, Moscow has lowered the price at which its budget breaks even to about $50 a barrel from $115 in 2013. (Russian companies can turn at profit at a much lower oil price.)

Trump, in contrast, may feel the impact soonest in the domestic political arena. The U.S. oil industry’s pain could hurt his popularity in Texas, which his Democratic opponents are eyeing as a potential battleground state. The price plunge is ricocheting across U.S. financial markets — a potential soft spot given the president’s own touting of high stock prices as rationale for his re-election.

“The trigger for the U.S. to get involved is if this oil-price drop endangers financial stability,” said Bob McNally, founder of oil consultant Rapidan Energy Group and a former official in the George W. Bush administration.

Indeed, despite Trump’s tweet on Monday, several U.S. officials indicated they were far from happy with the oil price war that triggered the sharpest drop in equity markets since 2008.

In a statement Monday, the U.S. Energy Department referred to “attempts by state actors to manipulate and shock oil markets.” U.S. Senator John Cornyn, who represents Texas and its shale drillers, suggested the Trump administration get tough with the Saudis.

“I hope there will be direct communication with the kingdom and with the crown prince about what they’ve done, because they depend on us for their security in large part from Iran,” Cornyn said. “I just think they didn’t recognize the consequences of what they’ve done and what the impact might be.”

And U.S. Treasury Secretary Stephen Mnuchin met Monday with the Russian ambassador to Washington and “emphasized the importance of orderly energy markets,” according to a statement.

With economic pain being felt in all three countries, some traders are speculating darkly about the potential for escalation in the war of wills. Trump has already shown his willingness to use tariffs and sanctions to achieve his political aims, while Russia and Saudi Arabia are engaged in political and military power struggles across the Middle East and beyond.

“If this was President Obama, you’d have more confidence that the administration would do nothing and would let the oil price find its own level,” Weafer said. “With President Trump, you simply don’t know what he’s going to do.”