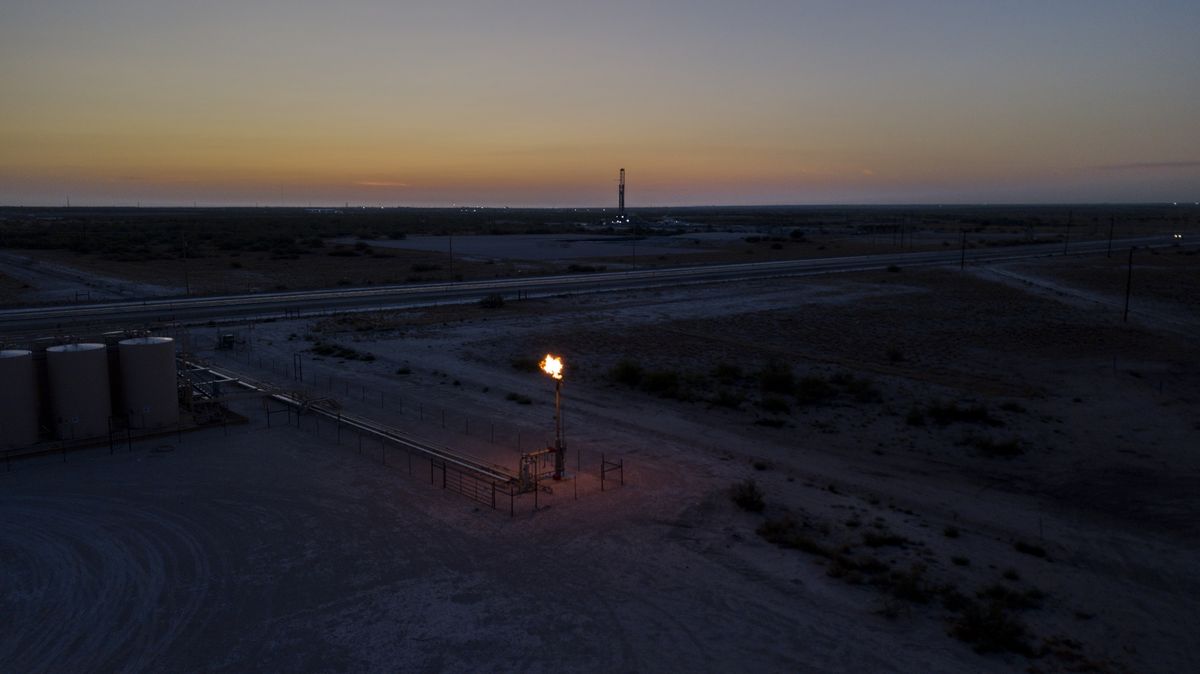 America’s shale producers already had a profitability problem. It just got a lot worse.

At a stroke, Saudi Arabia and Russia and their battle for market share have made almost all U.S. shale drilling unprofitable. Only five companies in two areas of the country have breakeven costs lower than the current oil price, according to data compiled by Rystad Energy, an Oslo-based consultancy.

Wells drilled by Exxon Mobil Corp., Occidental Petroleum Corp. Chevron Corp. and Crownquest Operating LLC in the Permian Basin, which stretches across West Texas and southeastern New Mexico, can turn profits at $31 a barrel, Rystad’s data show. Occidental’s wells in the DJ Basin of Colorado are also in the money at that price, which is where oil settled Monday.

But that’s not the case for the rest of the shale industry — more than 100 operators in a dozen fields. For them, drilling new wells will almost certainly mean going into the red.

Shale projects are heralded for their ability to be quickly ramped up and down. But because output from these wells declines much faster than from their old-school, conventional cousins, companies have to drill more of them just to keep output flat. That has meant sluggish investor returns, one of the main reasons oil and gas represents less than 4% of the S&P 500 Index.

At this point, “companies should not be burning capital to be keeping the production base at an unsustainable level,” said Tom Loughrey, a former hedge fund manager who started his own shale-data firm, Friezo Loughrey Oil Well Partners LLC. “This is swing production — and that means you’re going to have to swing down.”

Already, producers including Diamondback Energy Inc. and Parsley Energy Inc. have said they’re cutting their drilling budgets and dropping rigs. Others, such as Apache Corp. and Occidental, have indicated they’ll rein in activity.

“What they’re not saying is that they’re going to suspend activity,” Loughrey said.

In his view, a typical well in the Midland sub-basin of the Permian requires $68 oil for investors to make an adequate return within 24 months.

BloombergNEF expects producers to move away from using breakeven costs that leave out overhead and other necessary expenses as investors shift their focus to cash flow.

“At a minimum, they will need to add back interest costs to their calculus,” BloombergNEF said in a report. That means the profitability floor for most new wells will rise to $50 a barrel “in the not too distant future,” according to the report, up from $45 in the past.

The shale boom turned the U.S. into the biggest oil producer in the world and, in recent months, a net exporter of petroleum. But if prices remain near $30 a barrel, producers will be forced to ax so much drilling activity that U.S. oil production could fall by 2 million barrels a day from the end of this year to the end of next, according to Rystad.

West Texas Intermediate crude fell 25% Monday to settle at $31.13 a barrel. Some forecasters see it falling toward $20.

“Even the best operators will have to reduce activity,” said Artem Abramov, head of shale research at Rystad. “It’s not only about commerciality of the wells. It’s a lot about corporate cash flow balances. It’s almost impossible to be fully cash flow neutral this year with this price decline.”