An acclaimed climate scientist has warned the country’s largest banks, super funds and insurers could be preparing for the financial costs of climate change based on misleading and flawed advice from the prudential regulator.

Professor Andrew Pitman AO, director of the Australian Research Council’s Centre of Excellence for Climate Extremes, sent a detailed letter to the Australian Prudential Regulation Authority (APRA) in April after draft guidelines on industry preparedness for climate change were made public. 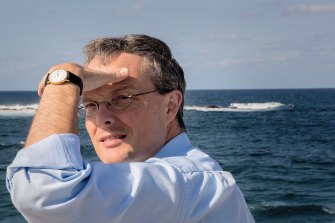 The letter, obtained by The Age and Sydney Morning Herald under Freedom of Information laws, details 10 areas in which APRA’s guidance has failed to properly understand climate science in making recommendations to protect companies from the material impacts of global warming.

APRA has warned the “risk of a changing climate extend to all sectors of the economy” and has determined three main areas of concern for companies: physical climate risks from more extreme weather, transition risks from decarbonisation trends that result in stranded assets, and liability risks from climate-related lawsuits.

In an 18-page document, released in April, APRA encourages companies to mitigate these risks by analysing business models, determining the level of exposure under a number of short and long-term time-frames and developing plans to minimise these risks.

Professor Pitman, who was awarded an Order of Australia in 2019 for his distinguished service to science, said he is “very supportive” of APRA’s efforts in this area, but criticised certain recommendations as being fundamentally at odds with current climate science or the capacity of business.

In one recommendation, APRA had said firms should identify and simulate the impacts of climate change across a range of scenarios, including “temperature increases in excess of 4°C by 2100.”

However, Professor Pitman said there was no point in examining the business risk under this scenario because “that is beyond the adaption capacity of most economies”. A four-degree rise in global average temperatures translates into summers that are 10 degrees hotter on average, or 12 degrees in heatwaves, he said.

“Western Sydney has already reached 48 degrees. If you add 12 degrees to the 48 degrees you get summer heatwaves of 60 degrees. That cannot be realistically adapted to, ecosystem services are not resilient to that, crops cannot be adapted,” he said.

“I do appreciate this is challenging and that APRA might not want to get into the details. However, by specifying 4 degrees you mislead business with one key exception. If you are able to show that business is resilient to 4 degrees in the global mean this highlights the very useful outcome that the implementation of the stress testing is fundamentally flawed. If that is your intent, that might be useful.”

APRA has also called on businesses to identify which geographic areas they have operations in that are most exposed to extreme weather events, after which Westpac determined less than 2 per cent of its mortgage book was “exposed to postcodes that may experience higher physical risk by 2050 under a 4 degree scenario”.

Professor Pitman said the science has not developed to the stage where the impact of climate change in such detail can be meaningfully measured. “It is simply impossible and to suggest geographic specificity at a level that is actually technically impossible is not appropriate.”

APRA also suggests firms should measure the impact of multiple extreme weather events occurring concurrently and how this might affect operations, another key point Professor Pitman said fundamentally misunderstands climate science, given current research on this topic is “in the very early stages”.

“There is therefore next to no capacity to provide advice to business on how the joint probability of multiple extreme weather events will change in the future,” he said. “Asking businesses to assess this risk is therefore not appropriate although I would agree that asking business to be aware of these risks might be sensible.”

APRA’s draft guidance comes as the country’s insurers struggle to deal with mass claims events from more frequent hailstorms, fires and floods, while banks and super funds work to limit exposure to industries that are most likely to be abandoned, such as thermal coal miners, as the world transitions to net zero carbon emissions.

Professor Pitman said his comments are largely “technical and critical” and stressed his support in the regulator’s efforts to advise businesses on the need to eliminate climate risk. “However, I think there is at least a decade between what you are suggesting businesses do, and what climate science can usefully inform them about.”