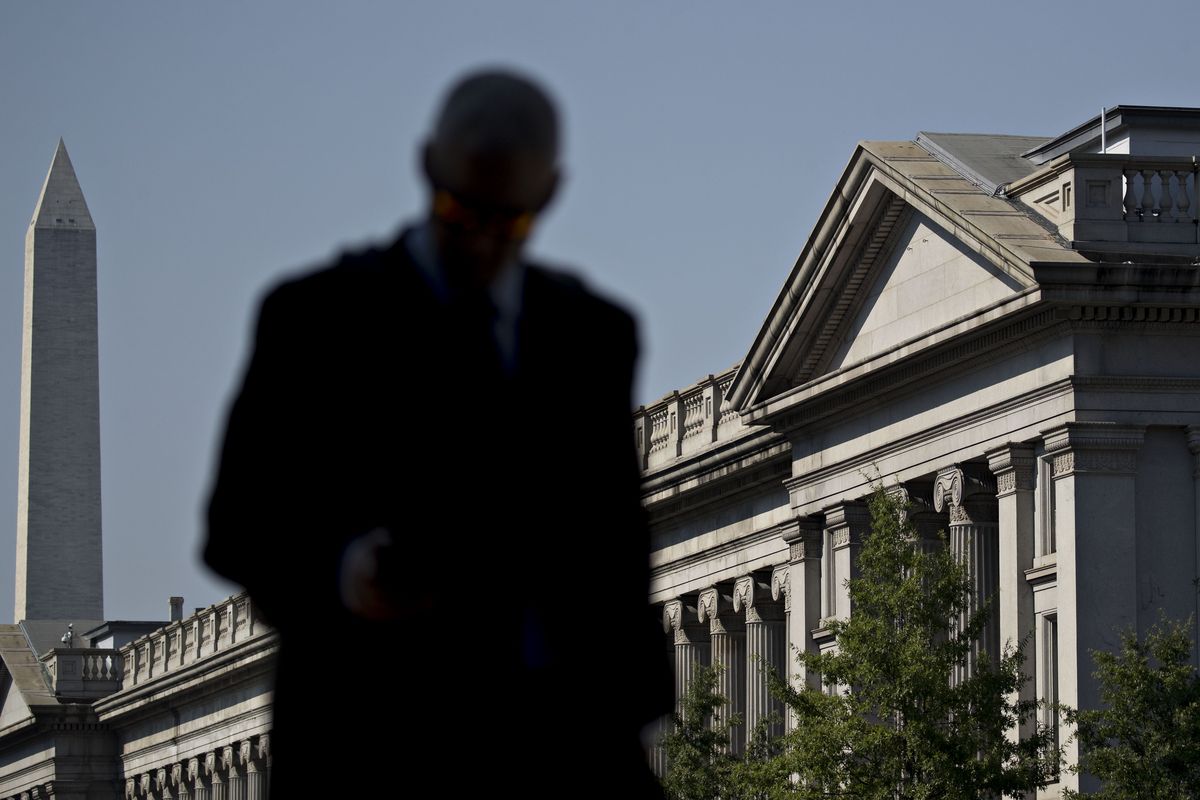 Treasury yields dropped to a new record low, spurring yet another global bond rally on the last trading day of a tumultuous week that saw the coronavirus spread across the U.S. and the Federal Reserve cut rates.

Yields on U.S. 30-year debt fell as much as nine basis points to a record low of 1.44%, with bonds from New Zealand to China rallying. Equities tumbled across Asia while investors also sought refuge in the haven yen currency.

Pressure is mounting again on the Federal Reserve to add to this week’s emergency rate cut when it meets later this month as the U.S. reports more cases. Traders looking for a stronger coordinated global policy response were left disappointed when Japan’s Finance Minister Taro Aso said the Group-of-Seven nations won’t rush to react to every market swing.

“We are in a fast-moving situation with the spread of coronavirus really at the point where it’s going to impact global economic growth, so the first stage is really having those emergency monetary policy responses,” Susan Buckley, managing director for global liquid strategies at QIC Ltd., where she helps manage more than A$80 billion ($53 billion), told Bloomberg Television. “We need to see more of that.”

Benchmark yields in New Zealand and Australia declined by at least 11 basis points, while China’s 10-year tumbled to the lowest since 2002. Equities in Japan led a decline in Asia, with S&P futures extending losses.

Treasury yields sank into uncharted territory this week after the Fed’s emergency 50-basis points rate cut raised the specter that the global virus fallout will be longer and be worse than anticipated. That’s spurred an increasing number of predictions that the U.S. bond yields could turn negative.

“The race to zero is just flying off the handle,” said Vishnu Varathan, head of economics and strategy at Mizuho Bank Ltd. “Trying to draw a line in the sand for 10-year yields when markets are slammed by fanatical hopes of Fed action and pandemic fears in turn may be a fool’s errand.”

In Europe, money markets are pricing about an 90% possibility that the European Central Bank will lower its deposit rate by 10 basis points next week, after its President Christine Lagarde pledged to take action if necessary. Federal Reserve Bank of Dallas President Robert Kaplan said the virus spread would be weighed by policymakers when they meet.

In Friday’s wild rally in Asian hours, Treasury traders in the region pointed to a lack of liquidity as one factor which exacerbated the size of moves. Sharp gains in U.S. ultra-long bond futures also caused circuit breakers to kick-in, briefly halting trade.

Traders also pointed to fresh concerns stoked by a New York Times report that said more than 2,000 people in New York are in home isolation. The U.S. is reporting more cases throughout its states on a daily basis.

“The long end of the curve is falling as well as the short end, indicating that the market is pricing in a recession and that Fed cuts are not enough,” said Eugenia Victorino, head of Asia strategy at SEB AB. “Even if China is coming back online, the other major economies are now just seeing the impact of the outbreak on their own activity.”