President Trump discusses China tariffs while speaking about the coronavirus at a White House press briefing.

The U.S. and China have begun delivering on their commitments under a phase one trade deal despite global turmoil from the COVID-19 pandemic.

The accord between the world’s two largest economies, which conducted $559 billion worth of commerce last year, calmed trade tensions in January and was expected to boost U.S. gross domestic product by at least a half percentage point and create a million jobs. Despite the virus-induced slowdown since, growers and business leaders remain upbeat about its payoffs.

“What we know right now with respect to the phase one agreement with China and what we've seen on behalf of the Chinese is they've taken meaningful steps to address some of the non-tariff barriers to trade that we had,” John Newton, chief economist at the American Farm Bureau, told reporters on a conference call on Wednesday.

“We now understand that almost 500 beef plants have been approved for export to China,” he added. “They're streamlining and enhancing many of the approval processes needed to get more U.S. agricultural products to the country.”

COVID-19, which originated in Wuhan, China, has infected 286,000 people worldwide and killed nearly 12,000, according to the latest data provided by Johns Hopkins University & Medicine.

While the pandemic is prompting governments around most of the world to lock down populations, recommend social distancing and urge the cancellation of non-essential travel, China is beginning to rebound from its quarantine.

“Now that things are starting to pick up, their demand is going to be really picking up quite quickly,” Charles Freeman, senior vice president for Asia at the U.S. Chamber of Commerce, told FOX Business. “So you can certainly see them with a need for the stuff that they agreed to purchase.”

The initial agreement that Washington and Beijing signed on Jan. 15 includes commitments from China to purchase an additional $200 billion of U.S. products over the next two years, in addition to halting intellectual property theft, refraining from currency manipulation, and cooperating in financial services.

“I think from the Trump administration's perspective, unless our trade deficit with China really spikes in the next little bit, they're not about to squawk too hard about China taking a little bit of time on the purchases,” Freeman said.

The U.S., for its part, reduced tariffs on some products made in China, but kept duties on $375 billion worth of merchandise that were imposed as President Trump attempted to force Beijing to negotiate on a broad trade pact.

The levies helped narrow the U.S. trade imbalance with Beijing, which Trump had lambasted on the campaign trail in 2016, by 18 percent to $345.6 billion, the first drop in six years.

There have been calls, however, to suspend the tariffs to provide some relief to companies impacted by the COVID-19 pandemic.

“Liquidity is a big issue right now,” Jonathan Gold, spokesperson for the Americans for Free Trade Coalition, a broad alliance of American businesses, trade organizations and workers united against tariffs, told FOX Business. “The ability for companies to not have to pay some of these tariffs would inject some money that is sorely needed.”

He says that American businesses have shelled out more than $50 billion as a result of the tariffs, which importers pay when their goods arrive in the U.S. Retailers in particular have said the duties bite into their profit margins, forcing them to either raise prices or consider cuts such as layoffs. 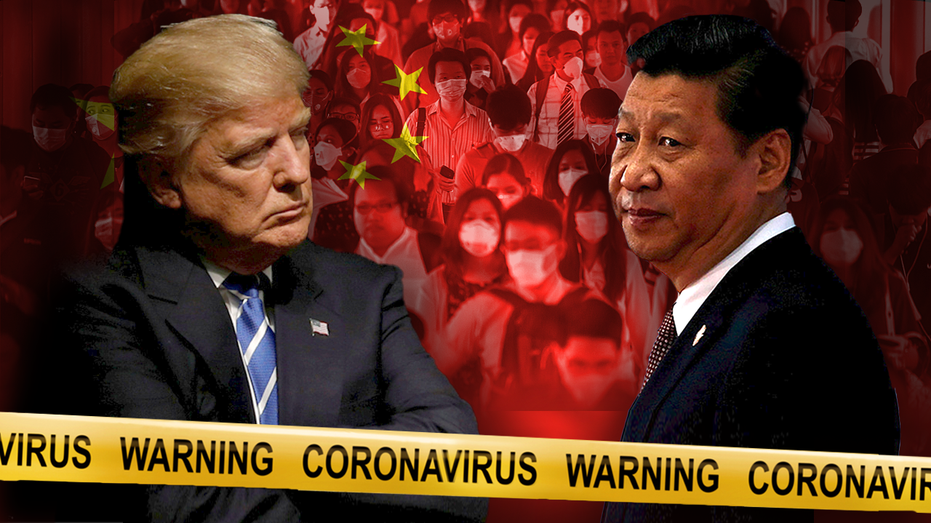 Trump's repeated statements that the levies are paid by China has only compounded their frustrations, but the president has been undeterred.

“China is paying us billions and billions of dollars in tariffs” and there’s no reason to remove them, Trump said at a press briefing on Wednesday. China hasn’t “even spoken to me about that.”

But with the COVID-19 pandemic forcing many U.S. retailers to shut down their brick-and-mortar operations, further eroding sales, and President Xi Jinping's government engaging in a war of words with Washington over who's responsible for the disease, the stakes for the next phase of the trade agreement that Trump wants are even higher.

While Washington had indicated earlier this year that it might prefer waiting until after the November presidential elections for the next stage, the campaign is now far less predictable, with Americans worried over their health and rattled by social isolation measures unprecedented in the modern era as well as a virtual economic standstill.

Projecting the future of U.S.-China commerce against that backdrop is a near impossibility.

“The bigger question to us is are we actually going to get to Phase 2 where all the meaty trade issues that our members are worried about lurk,” said the Chamber's Freeman.