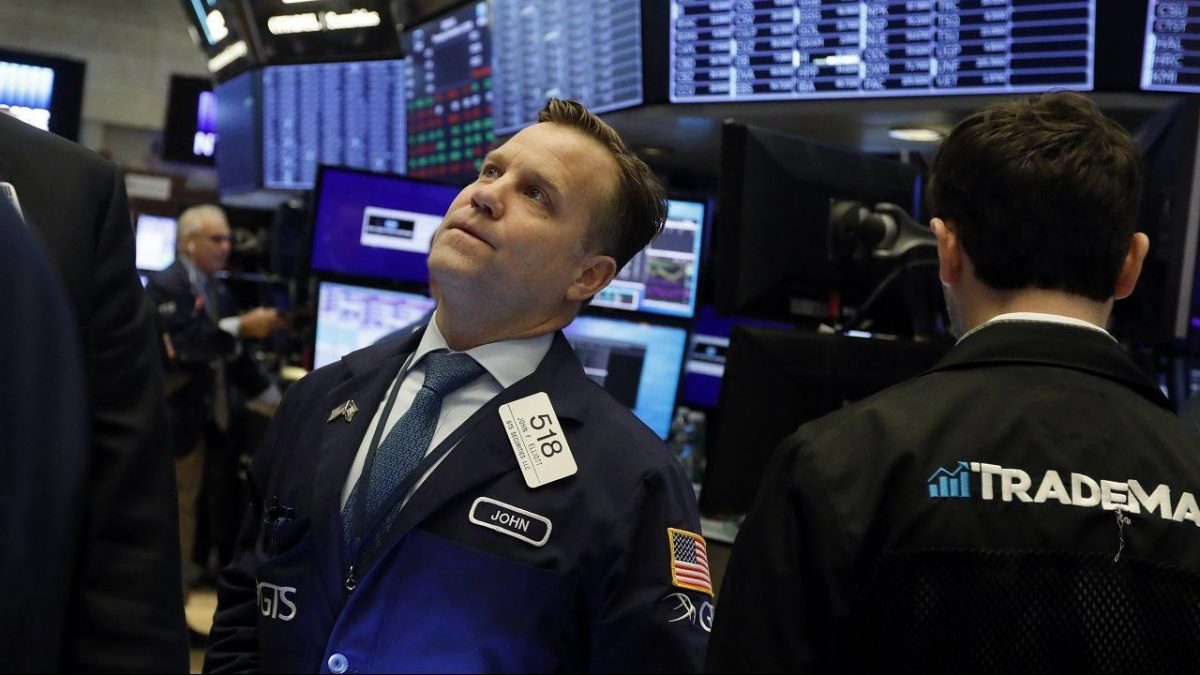 U.S. equity futures turned green overnight after both the New York Fed and the Bank of Japan pumped money into the financial system.

The major futures indexes are indicating a gain of 3.5 percent, or 500 Dow points, when trading begins on Friday.

Markets worldwide have retreated as fears of economic fallout from the coronavirus crisis deepen and the meltdown in the U.S., the world's biggest economy, batters confidence around the globe.

The sell-off on Wall Street helped to wipe out most of Wall Street’s big gains since President Trump took office.

The S&P 500 plummeted 9.5 percent, for a total drop of 26.7 percent from its all-time high, set just last month. That puts it way over the 20 percent threshold for a bear market, officially ending Wall Street's unprecedented bull-market run of nearly 11 years. The Dow Jones Industrial Average sank 2,352 points, or 10 percent, its heaviest loss since its nearly 23 percent drop on Oct. 19, 1987.

European markets aare rebounded after one of the worst days ever.

The Bank of Japan on Friday said it would buy 200 billion yen ($1.90 billion) of Japanese government bonds in an unscheduled move, according to Reuters.

The BOJ also announced it would inject an additional 1.5 trillion yen in two-week lending.

The rout has come amid cascading cancellations and shutdowns across the globe — including Trump's suspension of most travel to the U.S. from Europe — and rising worries that the White House and other authorities around the world can’t or won’t counter the economic damage from the outbreak any time soon.

Stocks fell so fast on Wall Street at the opening bell that they triggered an automatic, 15-minute trading halt for the second time this week. The so-called circuit breakers were first adopted after the 1987 crash, and until this week hadn't been tripped since 1997.

The Dow briefly turned upward and halved its losses at one point in the afternoon after the Federal Reserve announced it would step in to ease “highly unusual disruptions” in the Treasury market and pump in at least $1.5 trillion to help calm the market and facilitate trading.

But the burst of momentum quickly faded.

The coronavirus has infected around 132,000 people worldwide and killed amost 4,900. The death toll in the U.S. climbed to 40, with over 1,600 infections. For most people, the virus causes only mild or moderate symptoms, such as fever and cough. For some, especially older adults and people with existing health problems, it can cause more severe illnesses, including pneumonia. The vast majority of people recover from the virus in a matter of weeks.

The combined health crisis and retreat on Wall Street have heightened fears of a recession.

Just last month, the Dow was boasting a nearly 50 percent increase since Trump took the oath of office on Jan. 20, 2017. By Thursday's close, the Dow was clinging to a 6.9 percent gain, though it was still up nearly 16 percent since just before Trump's election in November 2016.

The Dow officially went into a bear market on Wednesday, when it finished the day down more than 20 percent from its all-time high. For the S&P 500, this is the fastest drop since World War II from a record high to a bear market.

The fallout mounted Thursday, as the NCAA canceled its men's and women's basketball tournaments, major league baseball postponed opening day, and Disneyland announced it is shutting down for the rest of the month. Even the Chinese side of Mount Everest closed. Closer to Wall Street, New York's Metropolitan Museum of Art, Carnegie Hall and the Metropolitan Opera shut their doors, and Broadway theaters planned to go dark.

In other trading, the oil market, which suffered huge shocks last week, is still on the decline.

The Associated Press contributed to this article.