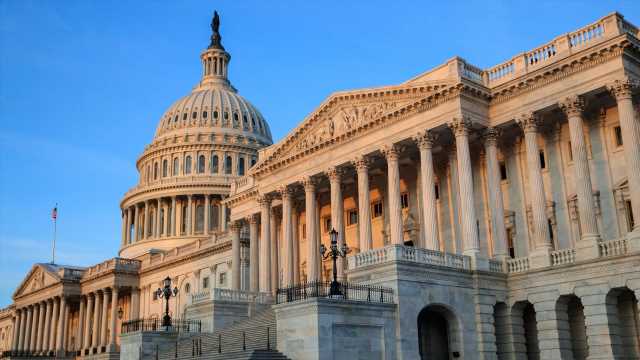 Wells Fargo senior economist Mark Vitner discusses what he would like to see from U.S. regarding economic stimulus amid the coronavirus outbreak.

Wells Fargo CEO Charles Scharf told Congress on Tuesday that the country's third-largest bank is encouraging its employees to work from home amid the fast-spreading coronavirus outbreak.

Scharf, the recently instated CEO of the beleaguered bank, said in his testimony before the House Financial Services Committee that 62,000 Wells Fargo employees worked from home on Monday.

WHAT TRIGGERS AN ECONOMIC RECESSION?

According to Bloomberg News, a Wells Fargo employee in San Francisco has tested positive for the virus, which causes a disease known as COVID-19.

The employee “is at home while their health is being closely monitored by their doctor and public health authorities,” Beth Richek, a spokeswoman for the bank, told Bloomberg on Monday. Wells Fargo was informed of the diagnosis on Saturday after previously learning the person had contact with an infected individual.

“We performed enhanced cleaning at the location and asked employees who work on the floor to work from home on Friday, March 6,” Richek said. “We have asked all employees who were in prolonged, close contact with the individual to not come into the office for the next 14 days.”

Wells Fargo is not the only financial institution taking precautions against coronavirus.

Last week, Morgan Stanley and Bank of America relocated some of their Wall Street traders outside of New York City.

Bank of America sent about 100 employees to offices near Stamford, Connecticut, although the vast majority of its workforce will remain in New York City, a source with knowledge of the situation told FOX Business.

Morgan Stanley did not respond to a request for comment.

The virus has killed more than 4,000 people, with close to 116,000 cases reported worldwide, mostly in China, according to a database published by Johns Hopkins University. There have been a total of 761 confirmed cases of coronavirus in the United States and 26 deaths.